A French national allegedly tried to smuggle 24 kilograms of cocaine into New Zealand on a cruise ship. 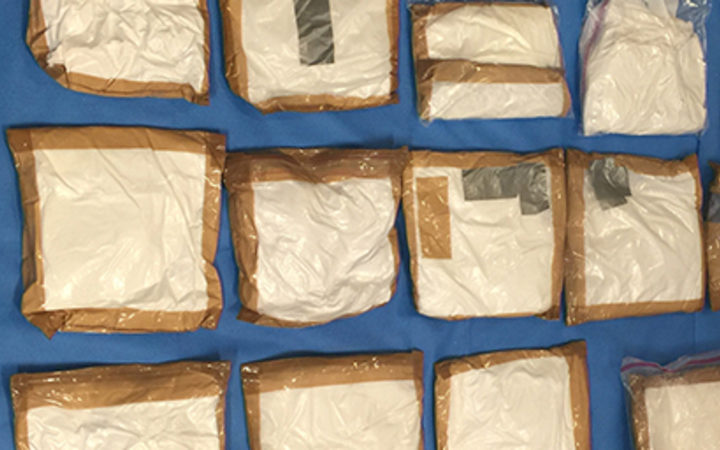 Some of the cocaine seized by Customs. Photo: NZ Customs Service

Customs officers arrested the 26-year-old man yesterday and seized the cocaine - estimated to be worth between $6.8 and $10.8 million - from the cruise ship passenger in Paihia.

The man is due to appear in the Whangarei District Court today.

The cocaine seizure is one of the largest in New Zealand, and follows the discovery of 46 kilograms of cocaine at an address in Tauranga last month.

He has been charged with possession for supply of a class A drug, and faces a maximum penalty of life imprisonment.

"This is an example of trans-national crime syndicates attempting to use new routes to import drugs. Customs is aware of this - it doesn't matter if it's a cruise ship, a plane or container, we look for risk everywhere.

"Yesterday's seizure and arrest is a great example of partner agencies working together to disrupt transnational organised crime groups who are attempting to profit from a drug that would cause significant harm in our communities.