The rocky past of a Hawke's Bay woman who was sentenced to home detention for the manslaughter of her husband six years ago has been revealed. 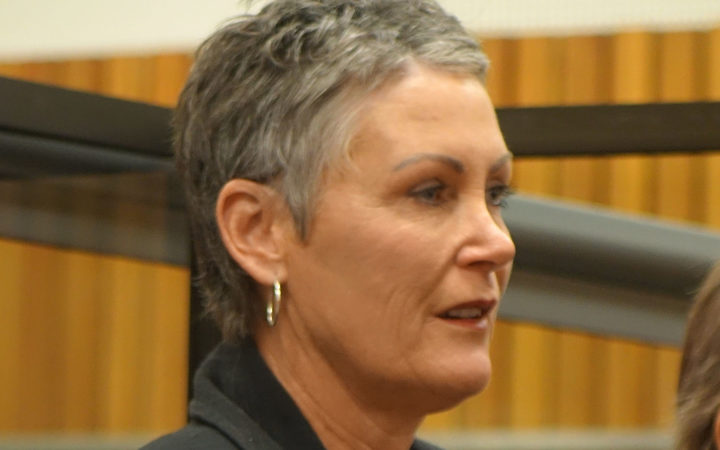 Susan Mouat appeared in the High Court in New Plymouth this morning and was sentenced to 11 months home detention for the manslaughter - a death the coroner initially ruled involved no foul play.

Bruce Mouat died after hitting his head when he fell backwards down a small flight of concrete steps at the couple's Hawera home in July 2011.

During a police interview in October 2016, Susan Mouat admitted pushing her husband, who had turned up home drunk at 1am.

Police subsequently laid a manslaughter charge against her.

Bruce and Susan Mouat were problem drinkers who had endured a tempestuous relationship for about 10 years before his death.

Mr Mouat took out a protection order against his partner in 2006, but despite this the couple married in 2009.

On 15 July 2011, Mr Mouat had been drinking heavily at a work function in Hawera and was dropped off home by colleagues at about 1am the following morning.

Susan Mouat, who had been sober for three years at the time, argued with her husband, pushed him and he fell, striking his head on a concrete paver.

He died in Wellington hospital about 10 days later.

"Harm to her husband that night was not intended.

"The action of pushing him away so she could close the door so the household could remain peaceful and their daughter would continue sleeping was meant just as an action to free herself from a form of behaviour which she found was a breach of trust."

In two police statements taken in 2011, Susan Mouat said her husband fell unassisted and a 2012 coronial hearing ruled it was an accidental death.

Again in a statement given in Napier in August last year she denied any involvement, but in October she admitted she had pushed Mr Mouat.

"One, it shows that the defendant has not been able to deny what happened. It has worried her continually.

"Two it is acceptance of her role in this death and she has taken ownership of that and she's prepared to accept the consequences."

Mr Fairbrother argued for a sentence of supervision and community work for his client.

But prosecutor Justin Marinovich said while the Crown accepted Susan Mouat had not intended to kill her husband, the seriousness of the charge and the impact on his family had to be reflected in her sentence.

He sought a sentence of 12 months home detention with a subsequent year-long supervision period.

In sentencing, Justice Churchman said the case against the defendant would not have been possible without her admission to police.

He accepted Susan Mouat's remorse but said her previous convictions and problems with alcohol were a concern.

"Seventeen of those convictions were acquired during the period of your relationship with the deceased.

"These convictions include a number relating to various forms of assault or threats. The probation report identifies a connection between alcohol abuse and violence on your part."

Justice Churchman ordered that the defendant complete a rehabilitation programme as part of her sentence and be subject to a supervision order for a year after her home detention ended.

Outside the court, Mr Mouat's brother-in-law Simon Harrison said the family were disappointed with the sentence.

He said the family had little choice but to accept the non-custodial sentence handed down to his killer.

"Clearly we knew the sentence wasn't going to bring Bruce back after six long years, and the family respects the parameters within which the justice has to sentence, but I think it is fair to say the family is a little disappointed with the sentence.

"But as I say no sentence was going to bring Bruce back."

Mr Harrison said the sentence gave the family some sense of closure, but that obviously the family had to live with Mr Mouat's death forever.

"Obviously he's a father, a brother and a son. This had a huge impact on his mother and her physical health and she couldn't be in court today.

"The kids are suffering and his eldest son misses him terribly, so that's a huge loss for him.

"The siblings are struggling and, as you heard, especially his brother Neil who described him as his best mate."

Mr Harrison said Mr Mouat would stay in their hearts.

"He was a big part of the community down there in South Taranaki with his mountaineering and alpine club which he contributed a lot to." 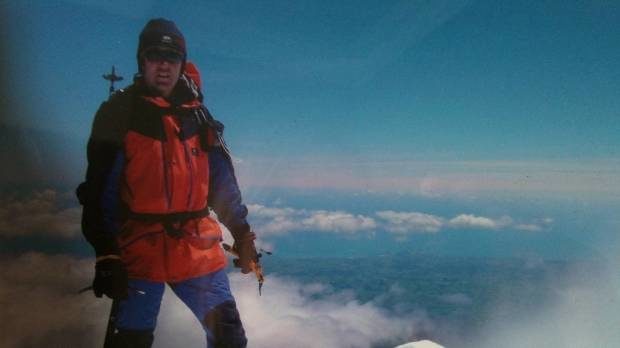