A downtown Auckland building has been evacuated because of a fire, with one witness saying she heard an explosion. 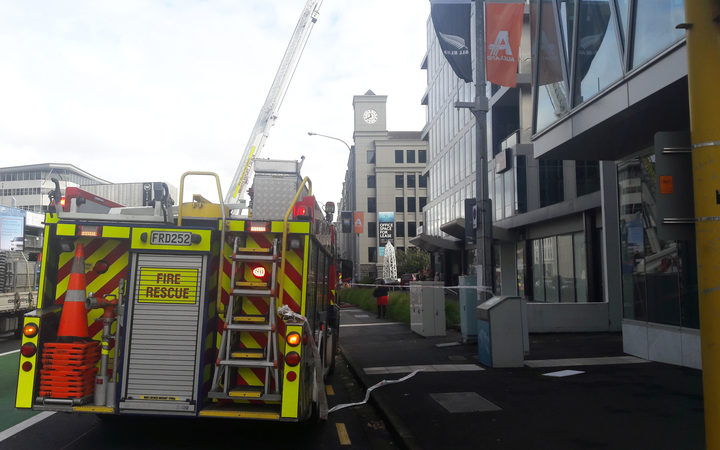 A fire truck at the cordoned off scene of the building fire in Fanshawe Street, central Auckland Photo: RNZ / Carla Penman

At least five fire engines were sent to the six-storey Clearpoint building on Fanshawe Street.

A woman who works on the top floor said there was thick smoke in the stairwell as staff were evacuated.

She said she heard an explosion from the fourth floor, where building work was being carried out.