An Auckland restaurant chain that exploited workers has agreed to forfeit $8 million in property in exchange for Inland Revenue (IRD) dropping attempts to recover outstanding tax. 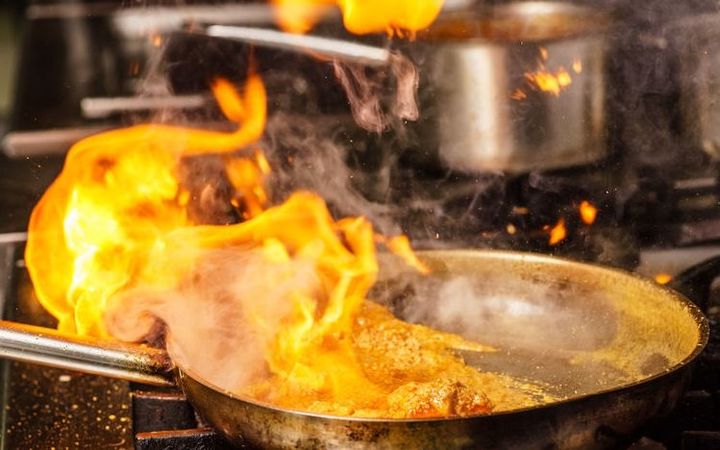 Three Masala managers have already been convicted for exploiting staff at the chain's restaurants Photo: 123RF

A High Court judgment yesterday allowed the settlement between Masala and the Commissioner of Police, after an investigation by IRD, Immigration New Zealand the Department of Labour.

Earlier last year, IRD alleged the companies which owned the restaurants avoided paying more than $7m in tax between 2008 and 2014.

One chef was paid $40 for two months of work, and a waiter said he went weeks without pay, relying on the restaurant's chef to feed him.

He described the working conditions as "hell" and flew back to India.

Last year the High Court restrained 34 commercial and residential properties owned by companies related to the restaurant chain, to prevent them being sold while the police and IRD investigated.

The properties include restaurants and housing for staff working for Masala-related companies.

IRD had said the company owners systematically stripped cash from the restaurants and failed to declare cash sales and income.

Yesterday's judgment confirmed that the company owners will forfeit $8m, through the sale of some of the properties that were restrained.

"The settlement sum of $8 million represents almost all of the unlawful benefit said to have been derived from the tax evasion offending," Justice Edwards said in her decision.

In exchange, "Inland Revenue will refrain from taking any steps to recover the outstanding tax, any related penalties, and use of money interest," the decision said.

However, that did not affect IRD's ability to bring criminal charges related to the alleged tax evasion, Justice Edwards wrote.

The settlement was "a sensible and pragmatic outcome", she wrote.

There will also be a very considerable saving of time, resource and cost if the settlement is approved.

Joti Jain, who was described as the lead offender, served her home detention at her home in the upmarket Auckland suburb of Remuera.

She is fighting deportation attempts and is due to appear before the Immigration and Protection Tribunal this month.

* There are other restaurants in New Zealand called Masala that are not connected with this chain.