Living wage campaigners are encouraging companies to pay a minimum of $20.20 an hour from July. 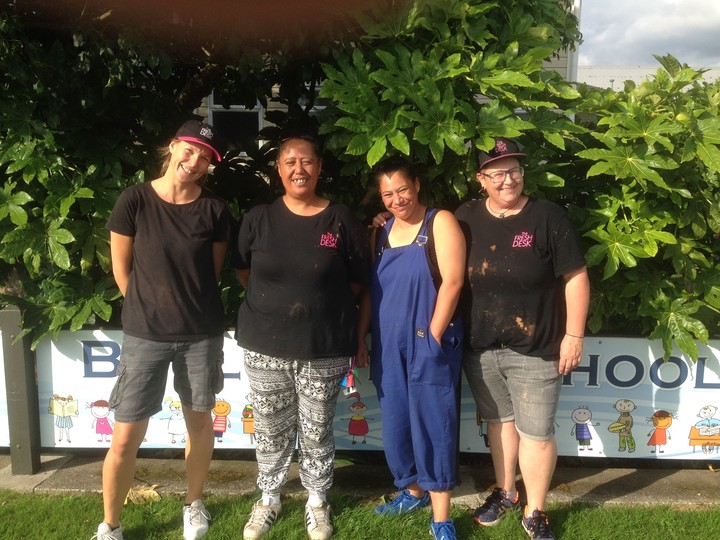 The rate, more than $4 above the adult minimum wage, is at the level needed to provide families with the necessities, they say.

Krissie, a cleaner for The Fresh Desk company in Lower Hutt, is paid the current living wage of $19.80 an hour. She said it had made a huge difference to her life.

The higher hourly living rate made Krissie feel valued as a worker, she said.

"I've been working for other companies where as time went on you were given more work for less pay. In the meanwhile, bread's going up, milk's going up, power's going up."

Krissie said she felt like she had a future with the company and the atmosphere at work was good.

"Targets get met, our work gets done quicker. The standard is higher because, after all, it's what you put in, is what you get out.

"There's more security because you want to stay here."

Tash Cole earns the living wage as a waitress at Ika Seafood restaurant in Auckland.

She said it made her feel appreciated and want to do a better job for her employer.

"She's paying you a lot to be here, then you feel like you need to do a lot more of a better job than if you were just getting paid the minimum wage."

One of them is Auckland tech company Wherescape, which was founded by Michael Whitehead.

Mr Whitehead said this was one way hi-tech firms could support low-waged workers.

"We want our offices cleaned or secure and we're happy to pay a living wage for it.

"People have to live in Auckland and it's really expensive and so I want people to carry on being able to clean our office, it's a necessity."

Michael Whitehead said he paid a higher price to the cleaning company, which was then passed on to each individual cleaner.

Kim Campbell of the Employers and Manufacturers Association was not convinced the living wage was the best way to improve low incomes.

"This Living Wage thing, which is generally being encouraged by monopolies, which are city councils and then telegraphed throughout the economy is a very foolish enterprise."

It was not reflected in any increase in productivity, was a "political handout" and "in many ways misleads the public into a false sense of security".

Mr Campbell said some people would be worse off as they may lose benefits when their income increased.

New Zealand already had one of the highest minimum wages, but if a company wanted to pay its workers more, it should just do it, Mr Campbell said.

Living Wage national convenor Annie Newman told Morning Report people on the hourly pay rate are able to spend more time with their families, rather than having to work continuously.

Companies are being encouraged to pay the new rate from July the first.