The daughter of a 91-year-old woman who was attacked in her Auckland home says the intruders are cowards and lowlifes. 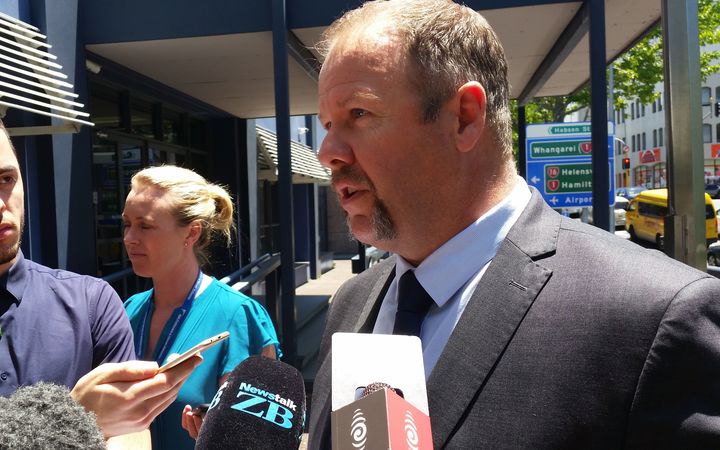 Eileen Harwood suffered a head injury after two men, who pretended to be lost, pushed her to the ground and made off with her purse on Sunday.

Ms Harwood spent the night in hospital, and was resting at home today.

Police are still hunting for the men responsible for the attack in the suburb of Mt Wellington.

Her daughter, Sue Tutt, witnessed the attack. She said they had just got home from shopping when two men approached them at the door about 3.30pm.

Ms Tutt and her mother live next door to each other in Mt Wellington.

"We had been down to the local supermarket and were unpacking the car when I heard a really loud car come down the street.

"When were walking inside two men appeared and said they were lost and needed help," Ms Tutt said.

She said one man walked towards her while speaking, which she knew was not right.

"He pushed right past me and Mum, who is pretty feisty, said 'what the hell are you doing'. It all happened so quick.

"Next thing he pushed her and she fell on her back and hit her head and was unconscious."

Ms Tutt cried as she recalled the attack.

"She hit her head on the carpet luckily and they just grabbed her bag and took off."

She said all they got was an EFTPOS card, a comb, mirror and $50.

Ms Tutt did not think the men followed them, but saw an opportunity.

"Maybe they saw she was an old lady and made the most of it. They're just lowlifes, it's cowardly - why would you go hurt an old lady?

"I kept thinking last night if I hadn't been there then what would the have done to her."

Ms Tutt said her mother was resilient and would get on with things.

Ms Harwood's grandson, Kevin Tutt, was shocked to hear about the attack.

"Getting the phone call yesterday was horrible, I just hope they catch who is responsible," Mr Tutt said.

He said he was grateful the police got to his grandmother's home so quickly.

Police were called and officers flooded the area, but the pair were not found.

Detective Senior Sergeant Glenn Baldwin said detectives have been out in the Mountain Road area today, talking with neighbours and gathering CCTV footage.

Police said the woman was not seriously injured, but they knew the long-term effects for a victim in such a crime were ongoing and traumatic.

"This is a deplorable attack on a vulnerable person. Our elderly have the right to feel safe in their own homes without the fear of something like this happening. I want to reassure the community that we are doing everything possible to catch these offenders," said Mr Baldwin.

Police are looking for two men described as follows:

- Police say he is the main offender

- Aged around 15 years to late teens

Car they are believed to have travelled in

- Similar shape to a Nissan Skyline