A woman who suffered minor injuries after a tree fell on her car in Auckland's Cornwall Park returned this morning to thank staff at the nearby cafe who rushed to help. 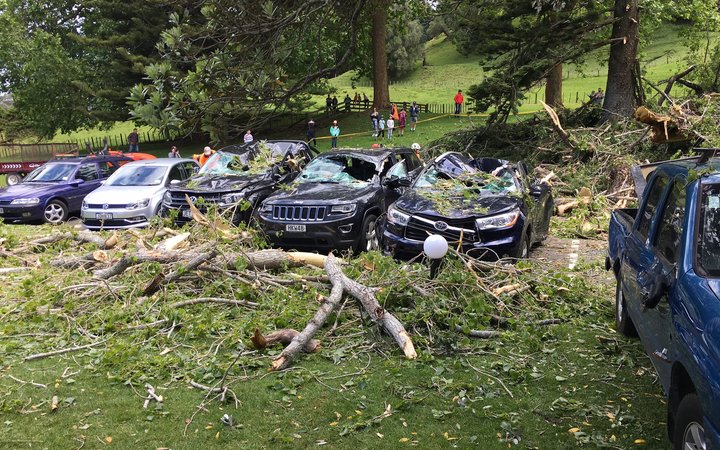 A man and elderly woman taken to hospital were discharged with minor injuries, Auckland District Health Board said.

Cornwall Park Bistro office manager Diane Podgrodzki said customers and staff thought the worst when it happened and ran to the carpark to help.

"It was really kind of tragic because we just didn't know what was happening, it was really difficult to see if there was anyone in the cars. Finally we found that there was one woman, so everybody was helping to get her out of the car."

Ms Podgrodzki said the woman came into the bistro this morning and was in good spirits.

A nearby Norfolk pine damaged in the fall will be assessed to see if it poses any risk to the public.

Cornwall Park Trust Board director Michael Ayrton said it was likely the pine would be brought down and other nearby trees will also be assessed.

Earlier this year, a gum tree fell over in the same park causing damage to cars.

Mr Ayrton said yesterday all mature trees in the park were assessed annually and the cottonwood was judged to have a one-in-a-million chance of toppling.