A former young New Zealander of the year who was threatened at knifepoint and racially abused in California says increased tensions will not discourage her from living there. 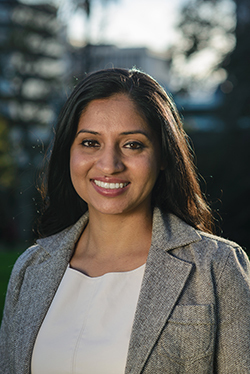 She said a man with a knife shoved her from behind then started shouting offensive language at her and a friend.

Dr Dhar said her first feeling was disbelief and then terror, but she was determined not to let the experience change her behaviour.

"I'm trying really hard not to let it change my behaviour because I don't want to let fear dictate my life.

"And you know, just because there's some people who I guess don't understand what humanity is, I don't want to let them push me into a darker area."

Dr Dhar said she was relieved no one was hurt, but she is worried about the future and the escalating tension.

"What I was more worried about is the next person that may not get away," she said.

"And I was just really worried about you know my friendship circle and anyone, any minority in this country that might have to face it, and might not get away from it."