An injured man's dog raised the alarm this morning after a crash on a rural Waikato road left its owner sheltering in his car overnight. 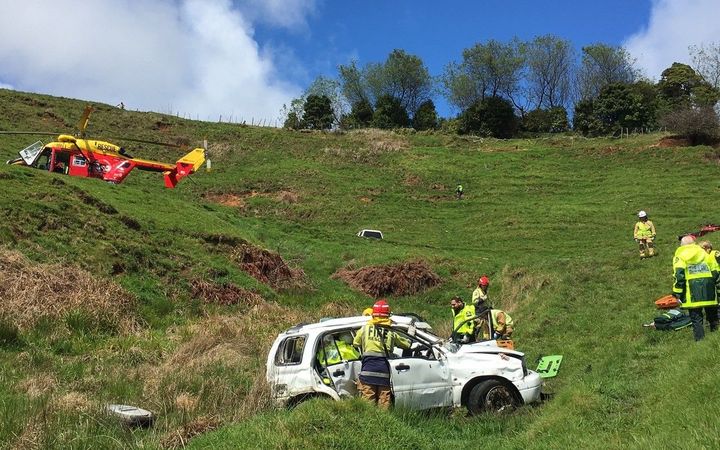 The driver had to shelter in his vehicle overnight after crashing on Kawhia road. Photo: Supplied / Waikato Westpac Rescue Helicopter

A spokesperson for the Waikato Westpac Rescue Helicopter said the 55-year-old motorist was driving on Kawhia Road at 11pm last night when his vehicle aquaplaned on surface water and crashed off the road.

The car rolled multiple times down a steep bank before coming to rest on its wheels about 100m below the road in a paddock.

The driver's leg and hip were injured in the crash. After failing to get back up to the road in the wet conditions, he spent the night inside his car.

The helicopter rescue team was called out this morning, and said the dog reportedly helped by raising the alarm at a nearby residence.