A man armed with a shotgun has held up a Kiwibank in Auckland and made off with cash. 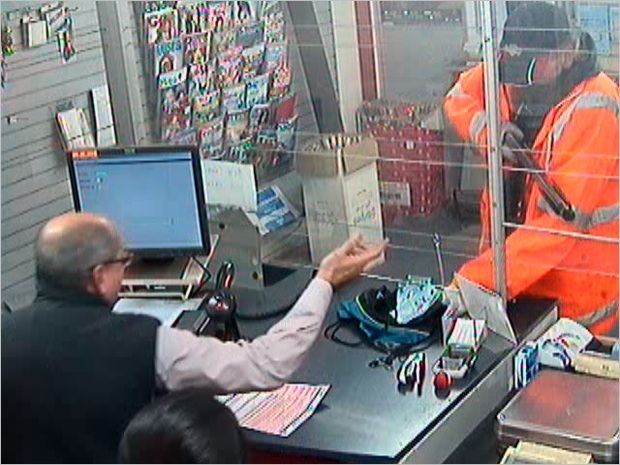 Police say a man pointed a shotgun at staff at the Mt Roskill Kiwibank and Post Shop yesterday afternoon and demanded cash from the till.

He escaped in a stolen silver Mazda with some cash but the police are not saying how much. The car, driven by another man, headed towards Mt Roskill.

They describe him as a light skinned male aged 40-50, about 1.7m tall, wearing an orange florescent jacket with silver flashes on the arms and shoulders, a black hooded jumper, white gloves and a dark baseball cap with white writing on it.

The whereabouts of the stolen Mazda was still unknown.

Police have appealed for information and wanted to speak to three customers - two women and a man - who were in the bank at the time.