The driver who died when his truck crashed into two Papatoetoe houses on Sunday morning has been named. 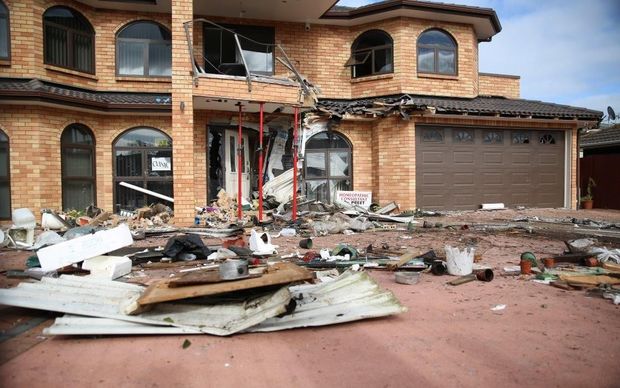 No one was injured when the truck crashed into this Papatoetoe home. Photo: RNZ / Tom Furley

He was 55-year-old Desmond Lloyd George, of Waipa.

Police said the crash was due to a medical event, and the death was being referred to the coroner.