Ngāpuhi leader Raniera Sonny Tau has been formally sentenced to community detention and fined $24,500 for trying to cover up shooting five kereru.

Tau pleaded guilty to conspiring to pervert the course of justice after being caught out having his son-in-law Douglas Sadlier take the blame for killing the protected woodpigeons. 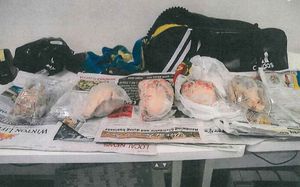 He was given the indicated sentence in May, and it was confirmed this afternoon in the Invercargill District Court.

Tau, who appeared via video-link, will serve three months' community detention and 100 hours community work, and has been fined $24,500.

His detention will mean he is under nightly curfew from 7pm to 7am each day at his Kaikohe home.

Judge Mark Callaghan said the shooting was serious because it involved the death of five birds protected as a taonga by the Ngāi Tahu Claims Settlement Act.

The judge said there was pre-meditation because Tau flew to Invercargill and purchased a rifle, drove a significant distance for the shooting, and froze the birds for taking back home to Northland.

Tau has a chequered past. At a sentence indication hearing in May, it was revealed Tau had previous convictions for fraud in the 1970s and later escaped from custody.

But, today, the judge said he recognised Tau had since kept out of trouble and done decades of good work for his iwi.

It was clear Tau was trying to make up for what he had done through the purchase of native plants, and the way he had given a presentation four times to iwi members about the value of protected kereru, he said.

Te Rūnanga-Ā-Iwi O Ngāpuhi acting board chairperson Carol Dodd said Tau had been on a leave of absence from all of his governance positions - including his role as board of trustees chairperson - since October 2015.

"The board will take advice and meet in the coming weeks to discuss and decide the next steps in regards to this matter."

Department of Conservation senior solicitor Pene Williams said justice had come to Tau for shooting kereru and then covering it up. The sentence was fair, she said.

"It certainly is a fall from grace for Mr Tau, and that's been recognised by the court, that he has given a great deal to Ngāpuhi iwi over the years."

Ms Williams said it had taken a year, but justice had been served.

Tau himself would not comment today, though some family and supporters sang a waiata as he left court.

However, it was not likely he would appeal against the verdict.

When the sentence was indicated in May, his lawyer said it was a fair outcome for the crimes he had committed.