A rogue wave may have caused two trailers to break their storm chains yesterday and topple off a Bluebridge ferry crossing the Cook Strait, the Maritime Union says.

The company has launched an investigation after the refrigerated trailers fell off the Straitsman ferry from Picton to Wellington yesterday morning. 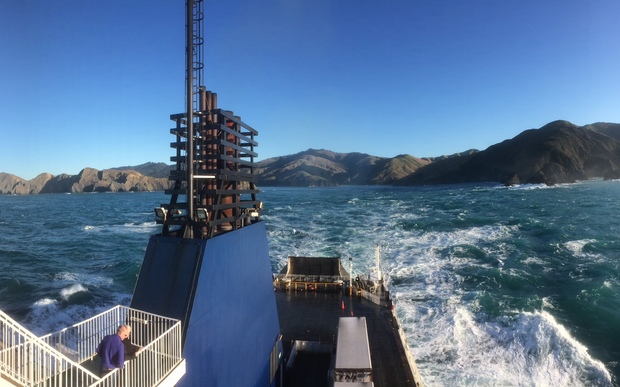 The b-train was attached to a small tow vehicle, called a tug, which also went overboard and sank immediately.

Maritime Union Wellington branch secretary Mike Clark said even storm lashings - which had twice as much chain as usual - were no match for trailers weighing up to 40 tonnes when a ship's hit by a rogue wave.

Maritime New Zealand said the trailer unit fell off the vessel about 7km south of Wellington and it is likely it sank to the sea floor.

The agency is making inquiries into the incident at this stage and ferry operator Bluebridge is carring out its own investigation.

The ferry's railings have been repaired it is sailing to schedule again.