The body of the person, who died in a vehicle which ploughed into a building in Papatoetoe and caught fire, has been recovered. 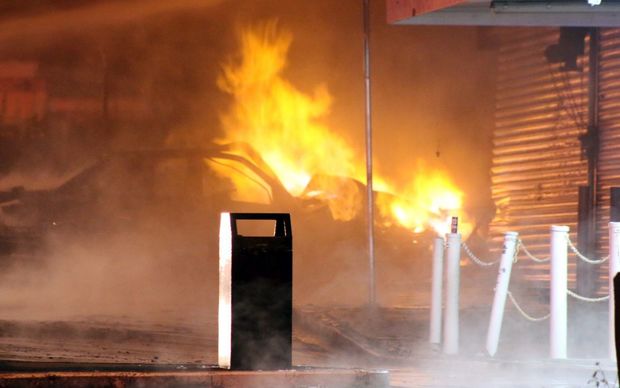 The car crashed into a group of shops and caught fire after it hit a gas main. Photo: Setford Pictures Agency

The car has crashed into a shop in Papatoetoe about 4.30am, rupturing a gas main and causing both vehicle and building to catch fire.

A police spokesperson said it was believed there was one person in the vehicle but due to safety concerns they had not been able to get close enough.

The fire was under control and Vector were working to turn off the gas main.

The police evacuated the building and put up cordons in Portage Road, Gray Street and Station Road.

A gas main was ruptured after the car hit a group of shops on the corner of Portage Road and Gray Street.

A spokesperson said a nearby building had also been evacuated as a precaution.

The police were still at the scene at 1pm.