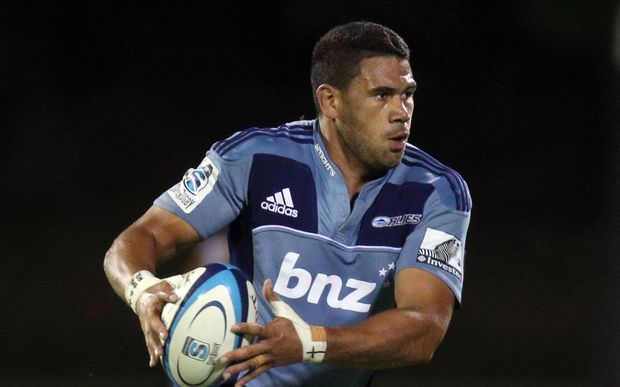 Haiu began playing for the Blues in 2006, but took indefinite leave in 2011 after being diagnosed with bone cancer.

A post on the club's Facebook said: "It is with great sadness that we inform our Marist Family of the passing on of a Marist son, Kurtis Haiu. No doubt there will be more said about you Kurtis and your devotion to our beloved club but for now, we just bid you farewell. Our condolences go out to the Haiu family for the loss of this humble man."

The club said more details would be posted as they came to hand.

Haiu died in hospice care in Manurewa, according to the NZ Herald.

Auckland rugby chief executive Andy Dalton says Haiu will be remembered as a proud and committed Auckland player and only last weekend was on the sidelines at Sacred Heart College, watching the 1st XV in a pre-season match.

Tributes have already begun flowing for Haiu on social media.

Rest well my Brother, Much Love and Blessing pic.twitter.com/8jGokFJBSh

Rest in Love Kurtis! You will always be remembered as someone who never gave up #RIPKurtisHaiu pic.twitter.com/N8TfxTgBMN

Devastated to learn that Kurtis has lost his battle with cancer. Gone far too soon. RIP pic.twitter.com/71UvnDg0yl

Sad to hear one of the brothers has left us R.I.P kurtis haiu will be missed