Two students at Christchurch's Aranui High have become the youngest competitors to finish the Coast to Coast adventure race. 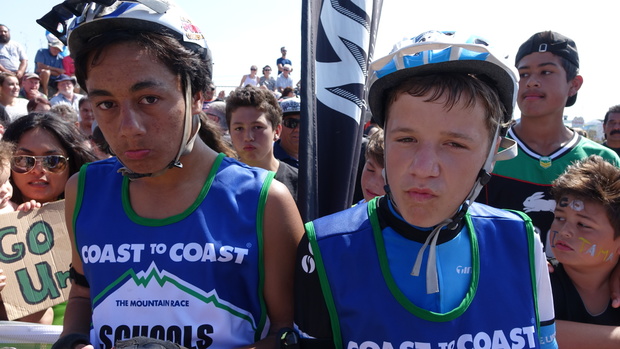 Taitama Tukaki and Bryce Adamson at the finish of the Coast to Coast race. Photo: RNZ / Conan Young

Taitama Tukaki, 16, and Bryce Adamson, 15, battled through cramps and exhaustion on Friday to complete the cycling and mountain run section of the race.

On Saturday, former Coast to Coast winners Steve Gurney and Nathan Fa'avae teamed up with the boys in double kayaks to help them with the five-hour journey down the Waimakariri River.

Fa'avae and three time race winner Emily Miazga then joined the pair for the final 70 kilometre cycle ride to Christchurch.

They were greeted on the finish line by a haka from fellow students at Aranui High, a low decile school in the east of the city.

Both boys were exhausted, with Bryce Adamson revealing that Taitama Tukaki ended up giving him a hand in the final stages of the event by riding up beside him and pushing him along. 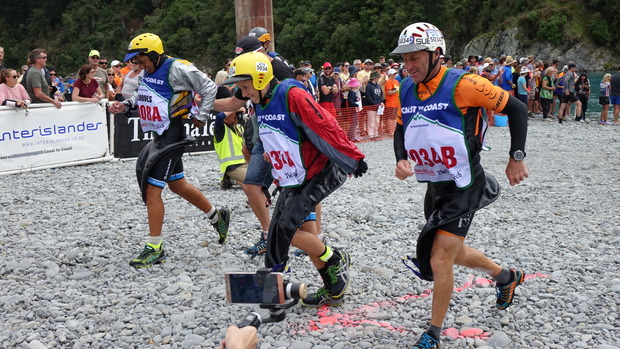 Earlier it was Adamson who pushed the pace, asking his kayaking partner Steve Gurney if they could catch paddlers up ahead of them.

"It felt like I had an outboard motor on the back, when (Bryce Adamson) saw the finish," Gurney said. "It was still an hour away, but we took off and Bryce was paddling like crazy trying to pull all these other paddlers in."

Taitama Tukaki's mother, Sue Rangihuna, said her son almost didn't make it to the start line after hitting a parked car while out training on his bike and breaking his nose, just three weeks out from the start of the race.

But a visit from Nathan Fa'avae and some words of encouragement ensured the months of training he put in were not in vain.

He was an inspiration to his whole family, she said. 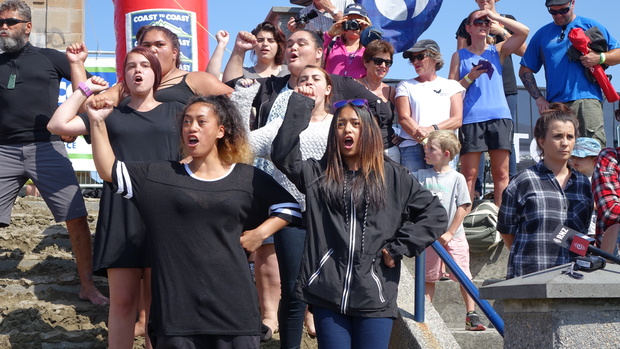 The boys' training through most of last year was part of their work towards graduating from Aranui High's Services Academy. The academy is for students who struggle at school and would like a chance to enter the armed services.

The Canterbury Youth Development Programme, which works with troubled teens, got alongside the school. It helped make things happen, from getting the right training and mentoring to organising various businesses to donate gear.

Plans are already afoot to enter another team from the school next year.

Credit: Vanessa Wells, producer of a documentary about the team and the Canterbury Youth Development Programme due for release later this year.

Sam Clark won the men's elite and Elina Ussher won the women's elite one-day race in the 2016 Coast to Coast. 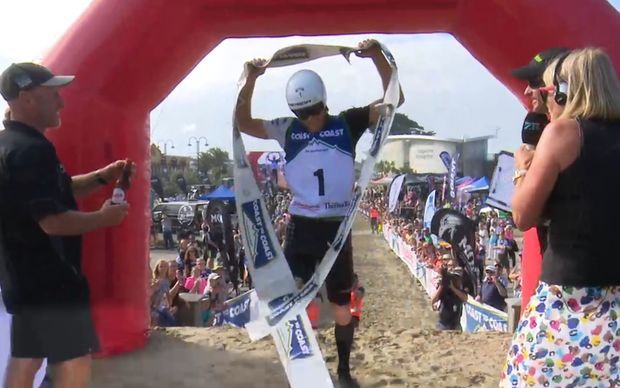 Clark, who finished second last year, has gone one better this year in the 243km multisport race, which started in Kumara on the West Coast and finished at New Brighton Beach in Christchurch.

Clark completed the race in just over 11 hours and 37 minutes.

The event started on Friday with a 55-kilometre bike ride, followed by a 33-kilometre run over the Southern Alps.

The 39-year-old from Nelson has now claimed the adventure race title for the third time. 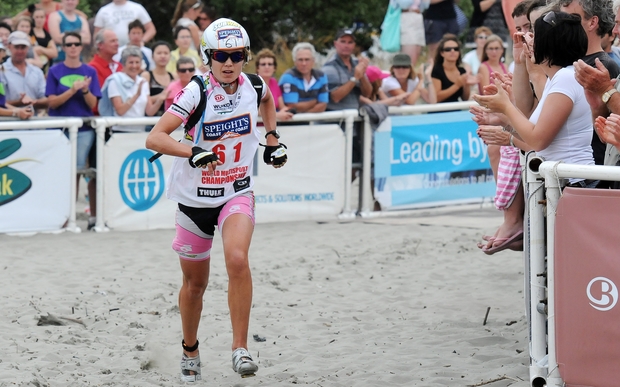