Supporters of a website led by a man who says rape should be legalised on private property have been invited to meet up in New Zealand. 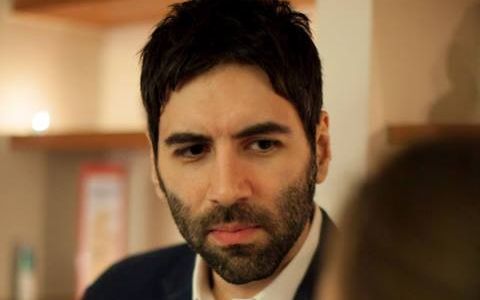 According to the Return of Kings (ROK) website, the US-based group believes "a woman's value significantly depends on her fertility and beauty", and the elimination of traditional sex roles "unleashes women's promiscuity".

The site is designed to be a "safe space for heterosexual men" who believe "men should be masculine and women should be feminine".

"ROK aims to usher the return of the masculine man in a world where masculinity is being increasingly punished and shamed in favour of creating an androgynous and politically-correct society that allows women to assert superiority and control over men," the website states.

Wellington Rape Crisis said it was shocked the group planned to hold events in New Zealand.

Agency manager Eleanor Butterworth said 'Return Of Kings' expected to only get opposition from women, but the events would give an opportunity for both men and women to stand up.

"I'd really love to see men going down there and saying 'What's up? We don't support this, what are you guys doing?'. If we look at some of the campaigns like the Men Against Sexual violence campaign or the White Ribbon campaign, that's a really effective way to challenge these ideas about men controlling women."

The "tribal meetings" are planned for 6 February in Auckland, Wellington and Dunedin. Meetings are also being held on that date in 42 other countries, according to the site.

The site listed the New Zealand meeting places as Aotea Square, "next to the industrial statue", in Auckland; in front of the Dunedin Town Hall; and in Glover Park in Wellington, in front of The Rogue & The Vagabond bar.

In a message posted on its Facebook page, The Rogue & Vagabond bar said it did not endorse or support the group, and had requested its name be removed from all of its publications.

"As far as we understand they are meeting in Glover Park and moving to an undisclosed location. They are not meeting at our bar. It is unfortunate that through no fault of our own we have been dragged into this event.

"It feels strange to have to say this, but as all who know the Rogue & Vagabond know, we are a very open and welcoming bar. An event like this couldn't be further from our ethos."

Supporters have a 20-minute window to meet their host at one of the pre-listed destinations, before they move to their final undisclosed destination, most likely a bar, the Return of Kings website said.

Since the controversy surfaced on Monday, "neomasculinist" Daryush Valizadeh, the creator of the group, has announced he will travel to Australia for the event.

"F*** it, I just booked a flight to Australia. See you somewhere there on 2/6. I'll stay a while, see some sights," Mr Valizadeh, 36, tweeted with an screen shot of flight options to cities in Australia.

Mr Valizadeh, 36, published a blog post on his personal website suggesting legalising rape on private property is the solution to the United States' rape culture.

"Without daddy government to protect her, a girl would absolutely not enter a private room with a man she doesn't know or trust unless she is absolutely sure she is ready to sleep with him," the blog post said.

His blog also features sections for "pick-up tips", advising men to "stop asking for permission", and a link to his "Bang Guides: strategy guides for getting laid at home and abroad".

A Frequently Asked Questions page for the event says transsexuals, homosexuals and women are not welcome, and outlines what to do if "a pretty girl shows up" - the answer being "get her number and tell her to buzz off".