An Argentinian traveller's juggling balls have been taken off her as she entered the country - because they were found to be infested with weevils. 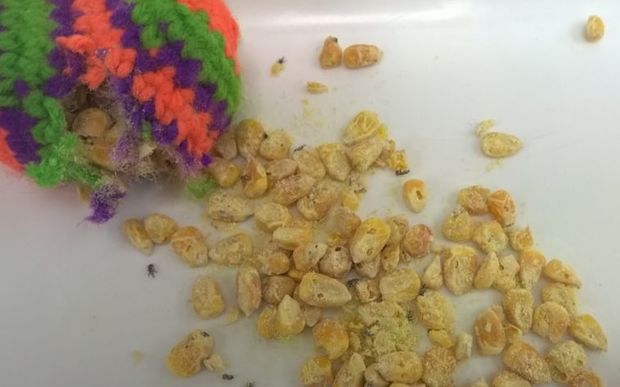 One of the weevil infested juggling balls. Photo: Supplied

The balls were intercepted last week during a search of the passenger's baggage at Auckland airport.

A Ministry for Primary Industries quarantine officer found the balls were stuffed with dried corn, infested with weevils and other insects.

The ministry said staff took a special interest in juggling equipment, as the balls were often filled with seeds - something that many travellers were unaware of.

In 2014, a giant snail carrying eggs was apprehended at Auckland airport. A couple returning from Africa, who had collected the snail from a forest, declared the 15cm snail.