Ngai Tahu and the New Zealand Superannuation Fund are spending $113 million to build 200 homes in West Auckland - and keeping some as long-term rentals. 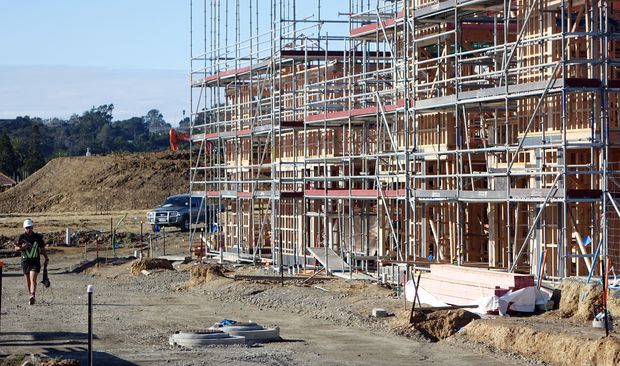 The homes, a mixture of stand-alone houses, terraces and units, would be built on just under 2ha of prime Hobsonville land, bought from Housing New Zealand.

The consortium would sell 150 houses straight away, but Ngai Tahu Property chief executive David Kennedy said it would hold on to 50 properties as long-term rentals.

"There's a market for people to rent rather than buy homes for a longer term period," he said.

He said they would look to put in place rental agreements lasting "some years" rather than the standard 12 month contact.

Ngai Tahu, meanwhile, said it was wary of purchasing land within the tribal boundaries of Auckland iwi, and was taking care not to step on any toes.

Because the land falls within the territory of several Auckland iwi, Ngai Tahu chairman Mark Solomon said it had proceeded carefully.

The iwi said it had been in discussions with mana whenua, and valued that engagement.

Economist and author of Generation Rent Shamubeel Eaqub was an advisor to the board of New Ground Capital, which owns 4 percent of the project.

He said those long-term tenancies would suit Auckland renters who just could not afford to buy.

"Those people are not getting the security of tenure that enables them to put roots down in their community, the stability for the kids in school... All those things are not taking place.

"Even though housing remains extremely unaffordable in Auckland, long term tenancy can give some semblance of security and connection into community."

He said longer term leases were already a fixture in many European countries - where some tenancies did not expire at all.

But he said the leases would be shorter, initially, in New Zealand.

"Five years, maybe ten years - but it's really something that's new to the market and has to be tested."

Professor of human geography at the University of Auckland Laurence Fisher said the Super Fund and Ngai Tahu were following what overseas firms were already doing.

He said big investors were less worried about capital gains from sales, and more interested in long-term rental income.

"Places like Switzerland ... they tend to invest for 50 years in single properties.

"What we're seeing here is a kind of first testing of the waters, in a New Zealand context."

Work would start on the new homes early next year, and they should all be built by the end of 2018.