An optical illusion could be to blame for the number of level crossing collisions in New Zealand, according to new research. 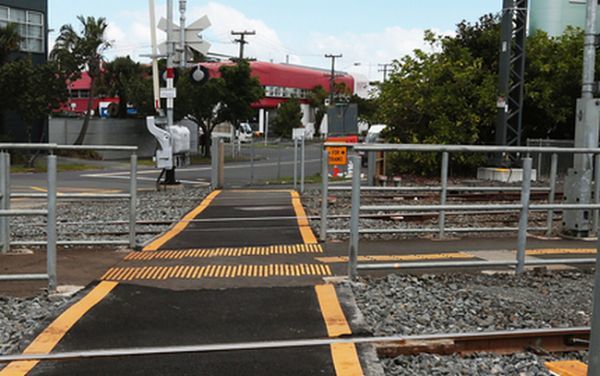 Recent studies have revealed a "size-speed illusion" in relation to the speed at which how fast people perceive large objects to be travelling compared to smaller moving objects.

Waikato University researchers analysed the perceived speed of large and small moving objects using a computer display and an eyetracke.

The study involved 32 students aged from 18 to 55 with good eyesight and a full driver's licence. Their perception of relative speed was tested using a simulated rail crossing or intersection and different sized objects.

Lead researcher Helen Clark said the location of dots in front of moving objects was changed to see how people's eyes moved.

The researchers found that the way people's eyes move make trains look as though they're travelling more slowly than cars travelling at the same speed.

"People tend to look further back on a train - so sort of round the centre region of a train, as opposed to the front of a train.

"And the reason that's important is when an object is approaching you in depth, the speed of an object on the retina is different at different locations."

Ms Clark said people should be aware that trains would appear to be moving more slowly than the speed at which they are actually travelling.