A teenage off-duty lifeguard is being lauded for single-handedly saving four swimmers who got caught in a dangerous rip at the weekend - three of them young children. 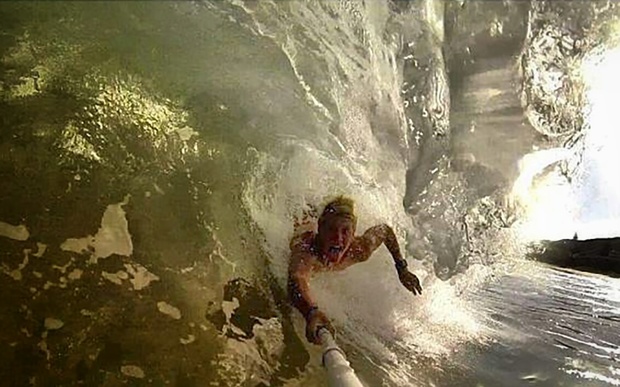 Jack Virtue, 18, was in the carpark at Wainui Beach at Gisborne on Saturday when he saw the children and their caregiver get swept out to sea.

"I just opened the door, ran out, ran down the beach ripping my clothes off and yelling for help," he said.

But he was on his own and had to make split-second life-or-death decisions as he desperately worked to save the four swimmers.

He first pulled two children, aged about 10, about 40 metres back to shore at the same time.

"Then I ran down the beach and started swimming straight back out probably a good 100 metres or so to where the woman was.

"She was just calling for help, I knew there was someone else past her, so I just calmed her down.

"In surf lifesaving they teach us to prioritise, so in that circumstance I had to think what to do - I knew that that woman was at least capable for another five minutes or so."

Jack then left the woman, who he thinks was in her 20s, where she was and swam out to a young girl, aged about six, floating on her back and coughing.

"She was talking, saying 'help, help'... it was quite a big swell coming through the surf to the shorebreak.

"I eventually got her in... the woman had just been washed in from the waves thankfully... they were just a bit traumatised and shocked, the police came and the ambulance came."

Mr Virtue said he hated to think what would have happened to them if he had not been there.

"I think adrenaline kicked in, like 'it's really happening, I'm really by myself, there's nothing really else I can do, so I've just got to get it done,'" he said.

"I hate to say it but I think it could've been fatal, just seeing the younger one further out to sea, it was a bit scary... I hate to know really."

His legs were just burning

Mr Virtue, a student who is sitting exams this week, spends hours each day in the water, his mother Jenny Virtue said, but the rescue still put his body to its limits.

"He's really fit and really active which really helped, he was saying with the first two kiddies that he was kicking and his legs were just burning," Ms Virtue said.

"The adrenaline had kicked in and he was doing what he had to do, but he was feeling it, even though he's fit and strong," she said.

Ms Virtue said witnesses have said the whole group could have drowned.

"I'm unbelievably proud, I'm just in awe of him and how he just doesn't hesitate, he's just so compassionate and caring.

"He just saw something unfolding in front of him and he didn't pause," she said.

"He's got those skills and he's had the training to be able to do that, he was just there on the spot and made those calls," Mr Zame said.

"He knew he was skilful enough to go out on into the water in those conditions and rescue them," he said.

Mr Zame said the result could have been a lot worse if Jack was not there.