New Zealanders are speaking out about the migrant crisis, with 100 protesters gathering at Parliament at lunchtime to support calls to raise the refugee quote. 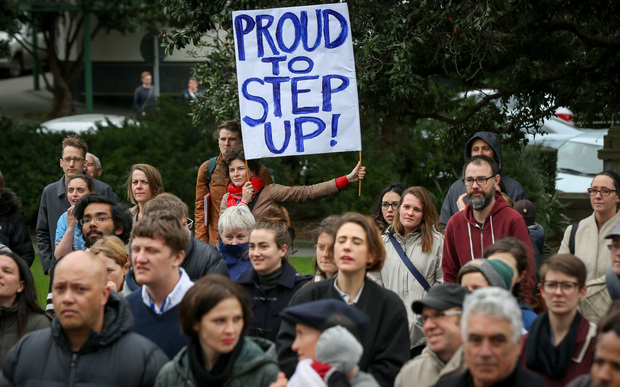 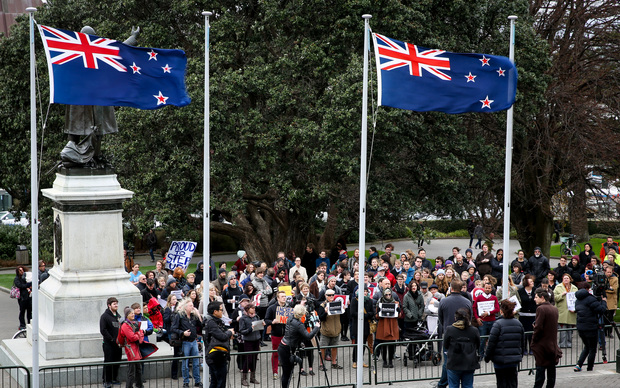 Pressure is mounting on the Government to either lift the current refugee quota or sign off an emergency intake to assist the global refugee crisis.

Green Party MP Gareth Hughes and his partner Megan organised a rally at Parliament today to support calls for the Government to raise the refugee quota.

They created an event on Facebook at 8pm on Thursday night, and were pretty happy at the turn-out, on a bitterly cold Wellington day.

Mr Hughes said there was definitely momentum building for action on the crisis and the Government should double the refugee quota, but also sign off an emergency intake immediately.

John McBride, an Auckland lawyer specialising in refugee claims, said New Zealand had a good record of dealing with refugees and should show leadership in the crisis. 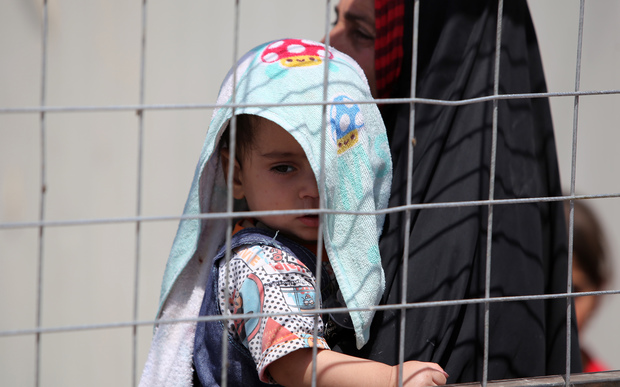 A child - part of a group of Sunni Iraqis fleeing violence in Ramadi - waits in the outskirts of Baghdad in April. Photo: AFP

He said there were now about 55 million refugees worldwide, and disagreed with the Government's approach that anything New Zealand did would be a drop in the bucket.

"If you say we're going to take another 750 - well, that's two drops in the bucket, but if you just happen to be one of those 750 people, that transforms your life doesn't it?

"It could be said that anything New Zealand does on a global scale is a drop in the bucket, so shouldn't we be leaders in this field, rather than pretty slow followers?

Mr McBride said refugees could arrive in New Zealand within 24 hours if the Government agreed to an emergency intake.

"One way of doing it would be to look at Syrians who are resident or citizens of New Zealand already who have relatives in desperate need, and let those people come here.

"That has the big benefit that the people coming have got a much better change of successfully settling here, because they have got family here." 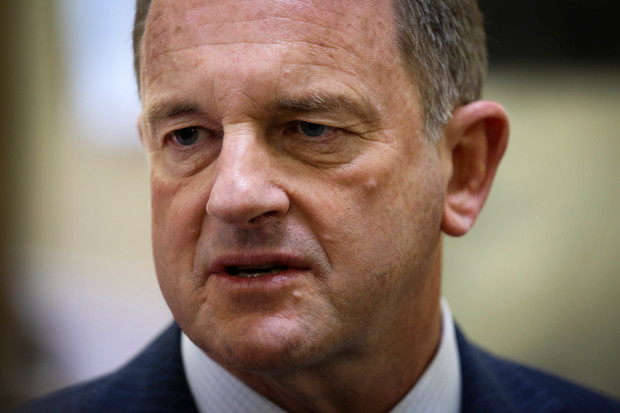 Labour Foreign Affairs spokesperson David Shearer said if an emergency intake of refugees was taken they should come from the UNHCR programme.

He said it was important to realise that there were many thousands of people sitting in refugee camps who have been cleared by the UN and are waiting to be relocated.

"My feeling is very much that if we are going to be doing an emergency intake we should be looking at the refugees who have already been taken by UNHCR and cleared.

"They could be the people who tomorrow might be on the road, but they are now currently in camps and I think that would be preferable thing to do."