Most of New Zealand is in the midst of a wet and windy Tuesday, and the weather has caused some damage in Wellington.

MetService has warned that gusts of 130 km/h could hit in exposed places as a slow-moving front moves up the country, with 140 km/h gusts possible later today. 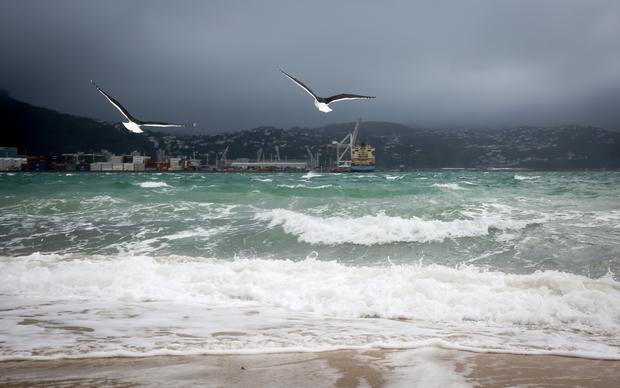 Seagulls making the most of the strong winds at Oriental Parade, Wellington. Photo: RNZ / Alexander Robertson

Severe northerly gales in Wellington this morning were likely to continue into the afternoon.

The Fire Service said it has had three callouts to secure loose roofing, and the police said they have been busy responding to callouts about insecure loads on vehicles coming loose on the motorway and blowing onto the road.

The Wellington City Council said trees have blown over in Ngaio, Johnsonville and Karori.

Flights by some smaller aircraft at Wellington Airport have been delayed, and some harbour ferry crossings have also been affected.

Near gale force wind for the likes of #Wellington & other parts of #NewZealand today. http://t.co/oKYtro2Yts ^CL pic.twitter.com/6MogcB4oIj

After heavy falls around Nelson, rain is set to move steadily north throughout the afternoon, with 100 to 140mm of rain forecast for the Tararua Range, while for Mt Taranaki 70 to 90mm is expected, leading to possible surface flooding and slips.

To share pictures or video of the weather with us, please email to: iwitness@radionz.co.nz 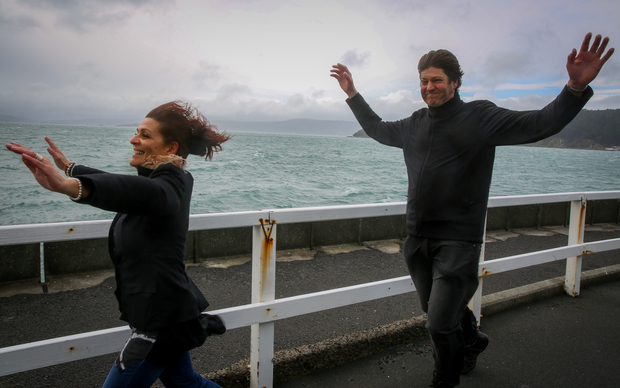 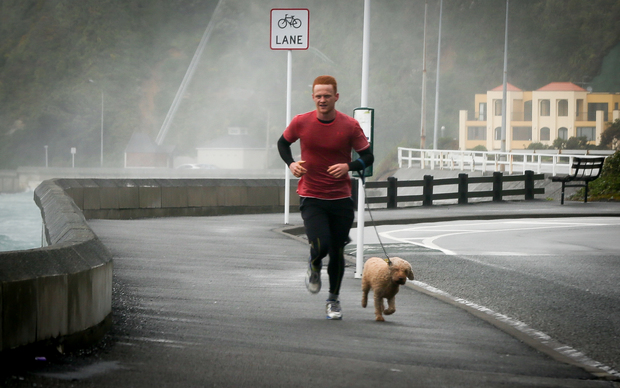 The worst of the rain should remain south of Auckland until late this afternoon at the earliest, according to MetService.

The worst of the rain should remain south of #Auckland until very late afternoon/evening. http://t.co/oKYtro2Yts ^CL pic.twitter.com/Na3deTLA1O