Residents of houses that were evacuated on the Kapiti Coast because of flooding are being warned to stay away until they are given the all-clear. 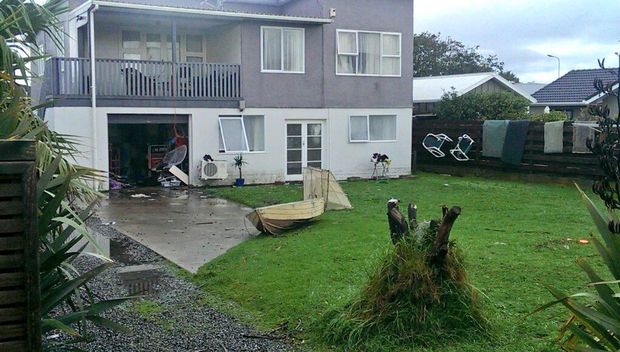 Justin Patterson in Paraparaumu was forced to move out of his house yesterday because of flooding. Photo: RNZ / Gareth Thomas

Twenty seven houses in Raumati, Otaihanga and Paraparaumu Beach were evacuated yesterday after they were inundated by flood waters, in many cases because of nearby streams bursting their banks.

The coast bore the brunt of yesterday's downpour in the region - recording at least 150 millimetres in just 24 hours.

The Kapiti Coast District Council call centre received 1100 calls - most of which related to the heavy weather.

It said the region was facing a huge clean-up effort, with flood debris strewn across roads and properties.

The council said people who had water through their homes risked getting an electric shock if they did not get the wiring checked before they started their clean up.

Wellington Regional Emergency Management controller Scott Dray said anyone who had been flooded needed to have the house checked before they re-entered their home.

"If they have had any water damage to their property, particularly if water has gone inside their property, they should actually have power disconnected while they're doing their repairs or clean up.

"There's a good chance of electric shock, obviously when there's water around, so Electra can be called, so they will come out and disconnect the power while you're doing that clean-up." 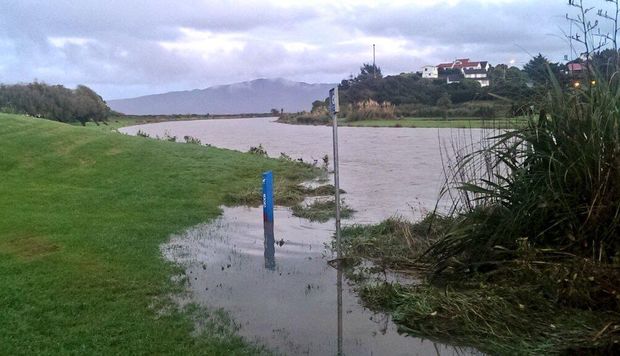 Kapiti's mayor Ross Church said some of the residents returned to their houses last night to have a look at the damage, but they did not stay overnight.

He said thankfully nobody needed to use the emergency management centre overnight.

"A lot of them have gone either with neighbours or with friends and family and so we'll have engineers and specialists check those homes, but we don't believe there's any structural damage as such, we believe it's just sadly water damage and that means a lot of clean up." 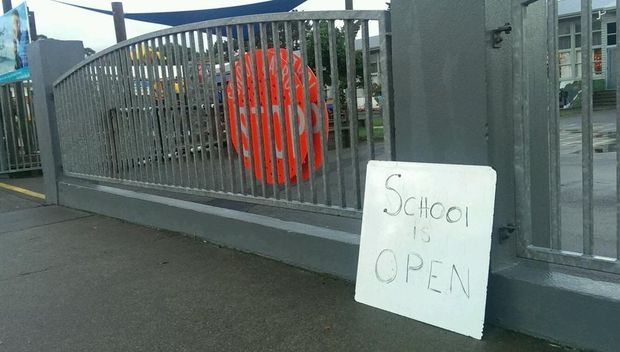 The weather forced the closure of dozens of schools on the Kapiti Coast yesterday - but some have reopened today. Photo: RNZ / Gareth Thomas

Council crews were using a break in the weather to assess the damage and work out what needed attention first.

Staff were still discovering new damage, such as a collapsed culvert in Matatua Road, south of Paraparaumu, which had closed the road there.

Mr Church said the council had engineers checking the sink-hole on Matatua Road in Paraparaumu.

"The stream that's there actually dug out a bank and the bank has collapsed in. And that has created a sink-hole of about two to three metres across and about four metres deep. So it's quite a significant sinkhole."

Mr Church said it was the only sink-hole the council was aware of.

The Wellington Regional Emergency Management Office was still operational and said it was keeping a watching brief on the situation. 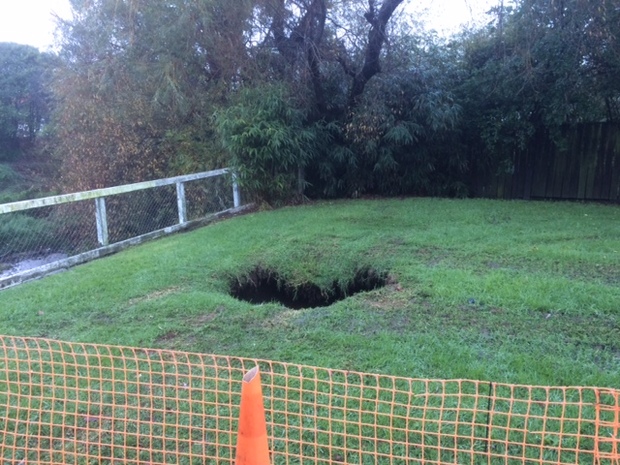 Engineers have been checking the sink-hole on Matatua Road in Paraparaumu. Photo: RNZ / Charlotte Gendall 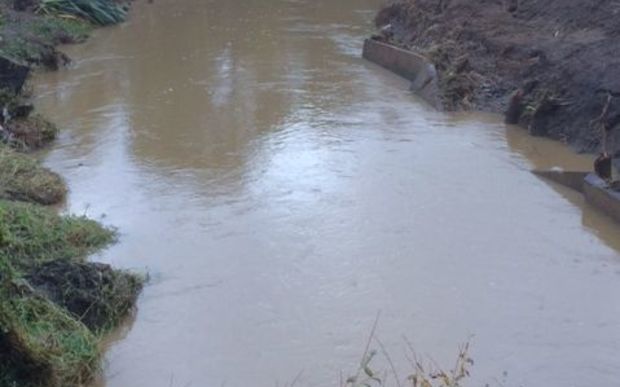