Shalvin Prasad had just finished football training before heading back to his family home for a shower, followed by what he said would be a few games of pool with friends. 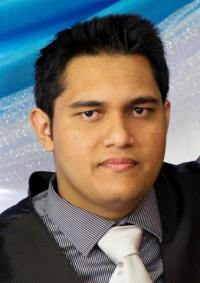 His parents didn't realise it would be the last time they would see their 21-year-old son, whose burnt body was found by a dog walker in suburban Kingseat early the next day.

The two men who burnt him to death, Shivneel Kumar and Bryne Permal, were today each sentenced to life in prison with a minimum non-parole period of 17 years after a jury in March found them guilty of murder.

Prosecutors say Shalvin was murdered for the $30,000 he had withdrawn from his bank accounts the day he went missing.

Described by his father as naive, Shalvin had previously loaned friend Kumar $7500. When his father found out, and when repayment looked unlikely, the Prasads took Kumar to court and won.

But Shalvin stayed in touch with Kumar - against the wishes of his father.

Shalvin was a supermarket worker and had had a full-time job almost since leaving school. He lived at home with his family and, according to them, spent most of his free time playing computer games. He saved and, thanks to his financial advisor parents, put that cash to work in savings schemes. 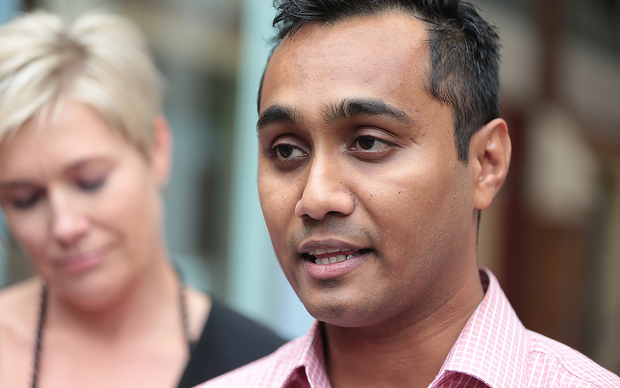 But on 30 January, 2013, Shalvin walked into an ASB branch in Manukau and all but emptied his accounts, breaking contracts and leaving with $30,050 in $100 and $50 notes in a brown envelope.

CCTV footage shows his arrival at the bank car park, followed by Kumar's car, which parks nearby. As Shalvin leaves, he stops at the window of Kumar's distinctive lime-green coloured Holden, before getting back into his car and heading off.

Previous texts between the two showed Kumar asking how he could get a loan, and Shalvin offering to help if he could but later on saying he was taking "a big risk".

Footage from 9.20pm shows Shalvin meeting up with Kumar and Permal next to Permal's Frucor workplace, before all three leave in the same car.

Shalvin texted his father, Ravindra Prasad, saying he'd be a little late as his friends wanted a few more games. He said he'd be back by 10.30pm.

When Shalvin wasn't home by midnight, his father drove to the supermarket where his son worked but couldn't see his car. He went to Manukau to search the pool bars but they were closed. In vain he even went to a local police station to see if, as a restricted driver, Shalvin had been picked up for driving too late in the evening.

After scouring Flat Bush and Papatoetoe, Mr Prasad finally headed home at about 2am. He called the police after checking Shalvin's bank accounts, and seeing the huge hole created only a few hours before.

Between that final text to his father and his body being found, there are gaps in what's known about Shalvin's movements.

During the four-week trial, the jury were shown CCTV footage, including video of Permal picking up two petrol containers at a fuel stop in Papakura, filling them with just over 15 litres of petrol and paying for them with a $100 note. He gets into the passenger seat, as Kumar is driving, but there's no sign of another person in the footage.

Permal is then seen, again wearing his fluro orange vest, buying cigarettes, a lighter and filling up a car, at another service stop in Takanini a few hours later.

The court heard neither Kumar nor Permal smoke.

All sides in court accepted Shalvin Prasad was alive when he was set alight.

Crown prosecutor Aaron Perkins said that had been established by the post mortem examination.

"A component of petrol was found in the bloodstream and lungs. (There was) burning of the airways and (the) presence of soot."

The Crown initially said he had died in an execution-style killing, that he was kneeling or standing when petrol was poured over him.

But fire expert Steven Andrews, who has investigated fires for 25 years, said differently coloured patches beneath his body suggested he was lying down, that there was no evidence of a struggle at the scene and that, if anyone had held him down, they would also have been covered in petrol and engulfed in a fireball.

As it was, the area around his body on McRobbie Road was smouldering as he was found by the dogwalker, who initially mistook him for a piece of wood.

Defence lawyer Ron Mansfield argued that Shalvin was so deeply unconscious when the fire was lit that he may have been mistaken for already dead, and it therefore wasn't the intention of the accused to kill him, that they may simply have wanted to burn away any evidence.

"Rather than be honest, rather than seek help and report what happened and hope someone might believe them, they've set about to destroy evidence only, with the hope that if he is burnt in that terrible way, they might be able to retain the $30,000 ... and be able to spend it the way that they did."

But Mr Perkins said injuries sufficient to cause that level of unconsciousness, and which wouldn't leave marks, would have to be inflicted for such a time that they would have been intended to kill.

Prosecutors say the money was divided up - Kumar got the lion's share and Permal about $3000 to cover debts and keep quiet.

CCTV footage shows the pair buying jewellery and clothes. They spent a day getting similar tattoos. Kumar bought new tyres for his car, as well as a new speaker system. He also paid off court debts he'd built up.

In the days after Shalvin's body was found, his death gained momentum in the media. Kumar send a text to his phone, saying he couldn't believe this had happened to him, and that the "person responsible should be held to account".

Today's sentence goes some way towards doing just that.