Tissue smears found on Mark Lundy's shirt were either from the brain or spinal cord, a pathologist has told the High Court in Wellington. 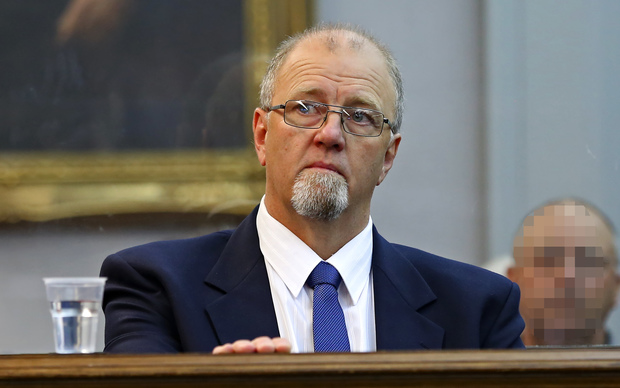 Mark Lundy, 56, denies murdering his 38-year-old wife and seven-year-old daughter, whose bodies were found in their Palmerston North home on 30 August 2000; the Crown claims Mr Lundy killed his wife for her insurance money and Amber because she saw what he was doing to her mother.

British forensic neuro-pathologist Dr Daniel Gerdardus du Plessis told the court early tests conducted on the tissue smears to determine which part of the body they had come from were of high quality.

But he said while the smears were compared to tissue from a dead brain, they were not tested against more degraded brain tissue.

Dr du Plessis said there may have been a delay between when the tissue was transferred onto the shirt and when the tests were done, and further analysis was needed to see whether degraded tissue affected the quality of the stain.

He conducted tests to investigate whether the age of the central nervous system tissue affected the way it was smeared onto fabric, by testing different sized pieces of brain tissue that had been air dried for up to 6 months.

Dr du Plessis concluded from his testing that it was "not impossible for brain to be preserved by air drying".

He said after six months it was still convincingly recognized as brain and was well preserved by air drying even though this was not the preferred method of preservation.

Dr du Plessis said the larger parts of tissue smeared more easily as they were not affected by air drying. The smaller 1mm pieces were a lot harder to smear onto fabric as they went brittle quickly when air dried.

He agreed with defence lawyer David Hislop, QC, that he could not say whether the tissue was animal or human, or its gender.