The Fire Service has begun its bid for its search and rescue team to be officially recognised as an international star capable of performing well all around the world. 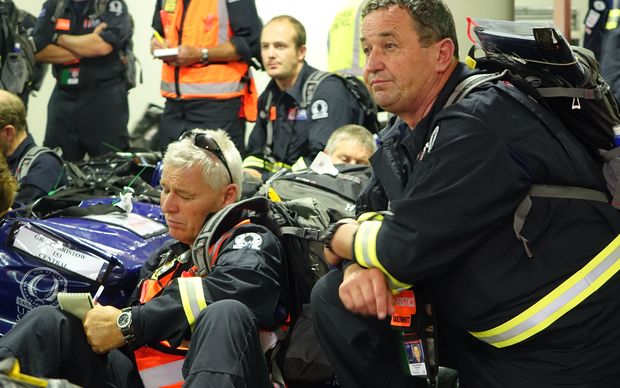 The search and rescue team are bidding to be officially recognised as an international star. Photo: RNZ / Michael Allan

It is seeking United Nations classification - and to get it it must complete a 36 hour mock search and rescue operation under intense scrutiny.

The search and rescue team is told it is dealing with an 8.2 magnitude earthquake which has devastated the Fijian capital of Suva.

In reality, the firefighters are in an abandoned freezing works just south of Palmerston North.

But they are treating the test as if it is the real deal.

During one of the exercises, the team was to find and rescue two people trapped after a two-story mall collapsed.

They used all the gear, including a core drill, thermal lance and hydraulic chainsaw to cut through steel and concrete.

But it is not just a case of getting the gear and rushing to the scene: teams must go through customs, get briefings, set up a base of operations and go on reconnaissance missions before they start cutting through the concrete and steel.

After hours of all that, the team start doing what they do best: rescuing victims.

One of the eight United Nation's classifiers keeping a close watch on things is Malcolm Dicks, a firefighter from Los Angeles.

He travelled to Christchurch in 2011 to assist New Zealand Search and Rescue teams retrieve bodies and search for survivors. 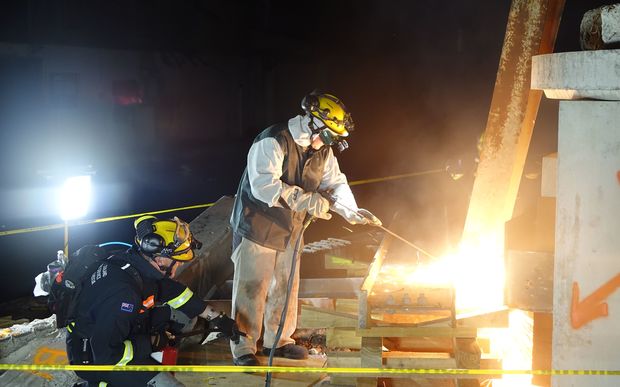 Team members must use a core drill, thermal lance and hydraulic chainsaw to cut through steel and concrete. Photo: RNZ / Michael Allan

He said there were specific things the UN is looking for.

"If they can breach the concrete, cut steel at a certain thickness; being able to shore up an area so it's safe; remove someone from a pile in a collapsed structure and at the same time doing it safely for them and safely for the person who is trapped.

"They also get medical care to that person so when they come out we don't actually make it worse."

The 71-strong team, including 58 Fire Service Search and Rescue personnel, have 18-tonnes of equipment with them for the marathon exercise.

An Area Commander for the Fire Service, Bernie Rush, said the service started looking seriously at UN classification after the Canterbury Earthquakes.

He explained why achieving that goal is so important. 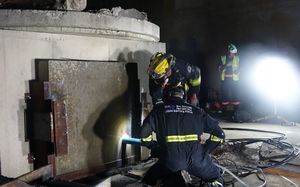 During the exercises rescuers drill through concrete to get to trapped 'victims'. Photo: RNZ / Michael Allan

"When we meet up with other teams in other countries they can know and trust that we're doing exactly same as they do.

"We're using all the same administration systems, same briefing systems, same rapid assessment of disaster systems so that we can interlock when you get to an emergency all these countries and interlock and work together really quick."

Early this morning, the two victims were pulled out from under the mall, safe and sound.

But the rescuers still have plenty more gruelling hours ahead of them and will find out on Wednesday afternoon whether they've done enough to be part of the UN club.