A former Malaysian defence attache accused of committing a sex crime in Wellington has again been remanded on bail after a court appearance. 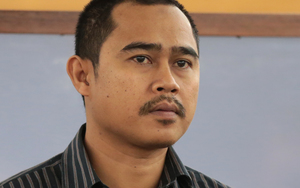 Muhammad Rizalman, 38, appeared in the Wellington District Court today on charges of assault with intent to commit sexual violation and burglary.

He was initially charged in May last year but was allowed to leave the country using diplomatic immunity, despite the Malaysian government being prepared to waive his immunity.

He returned to New Zealand in October to face the charges.

In his brief appearance this morning, Mr Rizalman chose to be tried by a jury.

He will reappear in court in April.