The Department of Conservation says the retardant used on a major fire is unlikely to be the cause of eye irritation for Coast to Coast competitors. 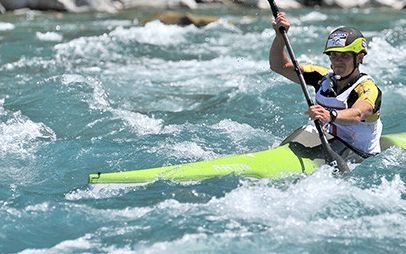 Several athletes reported symptoms such as blurred vision, pain and loss of sight while competing in the 234 kilometre multi-sport race from the West Coast to Christchurch.

The department said firefighters used a diluted, biodegradable mix of foam and soap to control the fire at Flock Hill more than two weeks before the race.

It said the fire was about 15 kilometres away from the course.

It said the method had been used for more than 20 years without similar complaints, and the retardant could not have reached the location where some competitors reported problems. 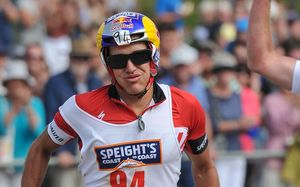 The winner of the one day men's event, Braden Currie, said he suffered intense pain and lost sight in his right eye during the kayak section halfway through the event.

"I thought at the time I'd just scratched the retina like I'd done before mountain biking. It was a bit weird because of the pain coming and going all the time and the pain being a lot stronger than ever before but I thought maybe I'd just caught a stick in there," he said.

"But going to the optometrist, that wasn't the case and then I heard of a few others who had a similar experience and one in particular who pulled out of the race."

Race organiser Richard Ussher said the cause was a mystery.

"We don't know what it is, we don't know exactly where it happened, whether it's waterborne or airborne. It looks like it's some kind of environmental contamination but it's very hard to know."

He said the most plausible speculation he had heard was that it might be related to the fire retardant used on the Flock Hill fire near Arthur's Pass three weeks ago, but it was too early to tell.

Organisers are working with the Department of Conservation and medical officials from the race to investigate the cause and are asking anyone else who suffered similar symptoms to get in touch.