The Ministry of Foreign Affairs has confirmed the co-pilot of the TransAsia airliner that crashed in the Taiwanese capital, Taipei, on Wednesday was a New Zealand citizen. 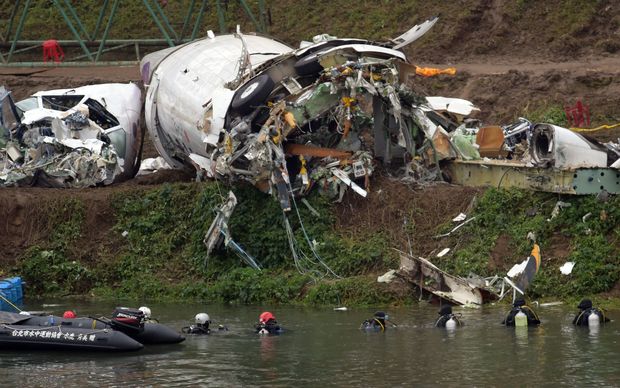 Divers searching the Keelung river next to the wreckage of the TransAsia airliner. Photo: AFP

Chris Dsi-Chung Lau was killed in the crash, along with the other pilot, Liao Chien-tsung, and 33 others on board.

Fifteen people survived and eight were still unaccounted for.

Investigators trying to establish why the plane crashed into a river in Taiwan this week said both of the aircraft's engines lost power.

They said one engine went idle shortly after takeoff, and the pilots shut down the other engine but could not restart it.