A drugs researcher says New Zealand is a fairly common transit point for people trying to smuggle cocaine from South America to Australia. 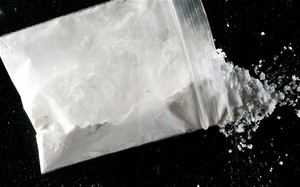 Two Brazilian men on a flight from Auckland to Brisbane have been arrested by Australian border officials, who say they were carrying about five kilograms of cocaine.

Australian Customs officers checking the baggage of one the men on their arrival from Auckland noticed what they called "an abnormal bulge" located in the vicinity of his groin.

The border officials said searches of both men turned up five kilograms of cocaine.

An Australian Customs spokesperson said importers of illicit drugs could face a maximum penalty of life imprisonment, and the two men had been handed over to police.

Senior drugs researcher at Massey University Chris Wilkins said the cocaine was likely to have originated in Brazil or another cocaine-producing country in South America.

"The largest seizures of cocaine that are made in New Zealand are actually destined for the Australian market which is much larger, mainly New South Wales."

He said the cocaine seized each year in New Zealand probably only represents about 10 percent of what is passing through the country.