An 18-year-old woman charged with murder following the death of a child she was babysitting can now be named. 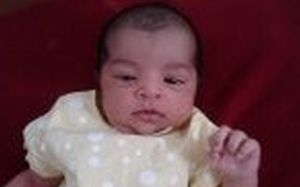 Heavily pregnant Shayal Sami appeared at the High Court in Christchurch this morning, where she entered a not guilty plea.

She had been babysitting one-year-old Aaliyah Ashlyn Chand at a house in Christchurch on January 6, before taking her to Christchurch Hospital with the assistance of a neighbour.

Aaliyah died in the hospital's intensive care unit the following day, with her parents by her bedside.

Ms Sami, who was on bail at her home with a curfew, would reappear in court in May.