New Zealand has won the first cricket test against Sri Lanka in Christchurch with a day to spare after chasing down a 105 run target. 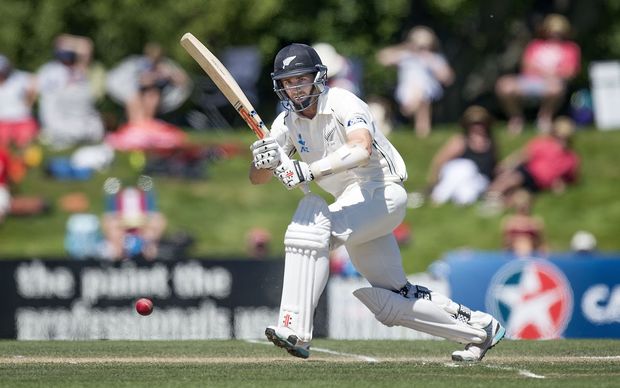 Tom Latham was caught on 17, before fellow opener Hamish Rutherford lost his wicket a few overs later for 10, but it did not stall their run-chase.

Kane Williamson and Ross Taylor took control of the innings scoring 31 and 39 not out respectively.

Earlier the Black Caps dismissed Sri Lanka for 407 before lunch after picking up five wickets.

Sri Lanka resumed the day on 293 for 5 in their second innings still trailing New Zealand's first innings total of 441, having been forced to follow on.

Tim Southee picked up three wickets this morning and finished with figures of 4 for 91.

The two tailenders Shaminda Eranga, not out 45 and Suranga Lakmal 16, frustrated the hosts after putting on 59 runs for the final wicket, before Trent Boult struck.

The test will be remembered just as much for captain Brendon McCullum's achievements as the win itself.

The 33-year-old became the first New Zealand batsman to surpass 1,000 test runs in a calendar year and broke his own national record for the fastest century, which came off 74 balls.

The second test starts in Wellington this Saturday.