A Taranaki farmhand has admitted causing the death of a jogger on a road south of Normanby. 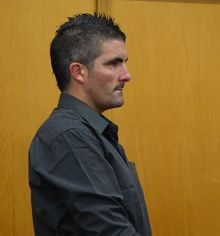 Police said Peacock, 29, who had smoked cannabis earlier in the day, was following a friend towards Hawera on 26 May.

A witness described the drivers and their vehicles as being "silly buggers" and "racing types".

After Peacock overtook the witness, he remained in the right hand lane and struck mother-of-three Deanne Cooper, 36, from behind.

She was flung 20m and later pronounced dead at the scene.

Peacock will reappear for a disputed facts hearing on 20 January.

The charge carries a maximum jail term of three years.