A fleet of waka have welcomed two Hawaiian canoes to New Zealand, where they will be based before setting off on a round-the-world trip using only traditional methods of navigation. 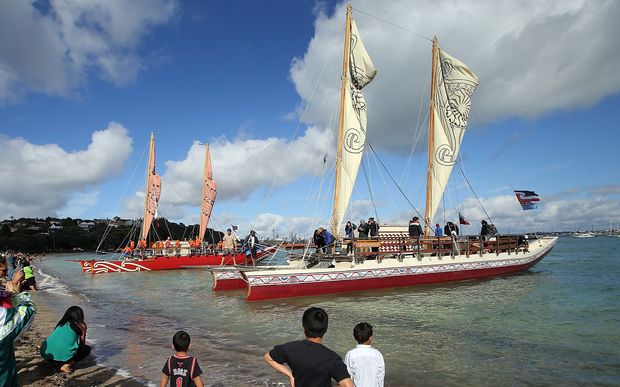 A powhiri at Okahu Bay in Auckland marked the arrival of six waka, from Hawaii, Samoa, Fiji, Tahiti and Aotearoa.

The canoes gathered to support the two from Hawaii, on a trip organised by the Polynesian Voyaging Society.

The vice chair of the society's board, Bruce Blankenfeld, who is one of the waka captains, said they would spend six months sailing around the New Zealand coast, stopping off to promote the educational side of the journey - looking after the world's water.

"The oceans really are the lungs of the planet. Every third breath you and I take are a gift from the oceans.

"There's some science that says it's not very healthy. If a lot of those things come to pass - that third breath ain't gonna (sic) look too good."

"Our Pacific Island brothers and sisters come from countries smaller than ours. But our collective voice will not be a whisper, but a roar.

"All our great-great-great-grandchildren, when they stand here on the shores on the Waitemata, sailing canoes like that will not be just something that they heard about in the stories of their ancestors, but it will be a part of everything that they do," he said.

The Hawaiian crews are attempting the journey with their waka - or va'a - to sail and navigate using only original techniques.

Crew member Heidi Guth said the only technology allowed on board one of the vessels was a radio, and solar panels to power the lights. 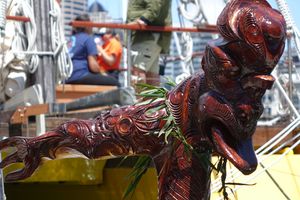 The front of the Aotearoa One. Photo: RNZ / Lauren Baker

The safety boat will be fitted with GPS, but only one person on board is allowed to look at it.

Corey Solomon is one of the crew on New Zealand's Te Matau a Maui waka. He said such trips were important to dispel myths about how Polynesians spread throughout the Pacific.

"So many people today think we paddled, we still paddled to get here and when you talk about waka, they only think about a paddling waka.

"We're trying to cement with people, especially young people, that it's not the way and there was a huge amount of knowledge, technology and experience that went into travelling and voyaging, and we want to pass that on."

The waka from Hawaii will set off on a journey around New Zealand next month and expect to leave on the world tour in the middle of next year. 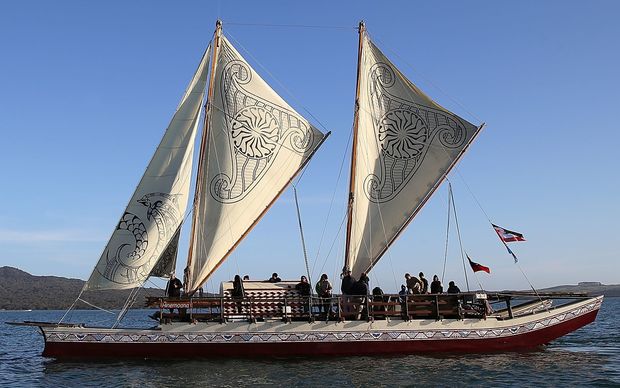 One of the waka against the backdrop of Rangitoto Island. Photo: ATEED