A Northland funpark says the flying fox at the centre of a fatal accident had been secured and the man who died after he fell from it had not been given permission to use it. 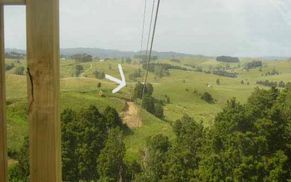 Moses Tohu, who was 53, died at AE Funpark just south of Whangarei after falling 10-metres from a flying fox on Friday.

Health and safety inspectors are investigating.

In a statement, the company said it understood Mr Tohu was only a spectator.

It said the Flying Fox was not being used at the time, but was secured and not provided to anyone.

It said it did not believe the incident would have happened if it was used under normal operations.