The former wife of a man who died in hospital has told the men who admitted their part in his death how she alternated between horror and disbelief at what they had done to him. 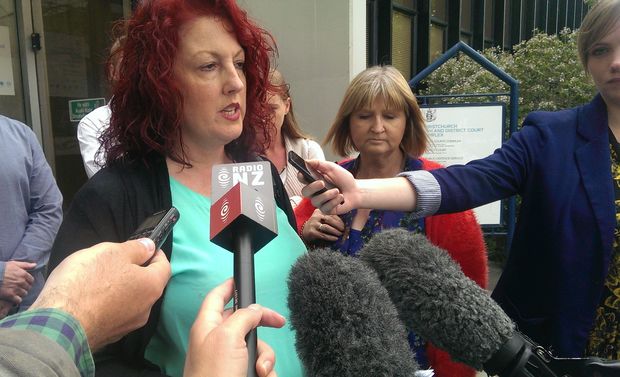 Jason Alistor Barr, 42, and Shay Barry Webster, 22, have each been sentenced to more than five years in jail for the manslaughter of Terry Smith, who died after an incident at a house party in Christchurch on Anzac Day in 2013. The pair had pleaded guilty to the manslaughter.

The 55-year-old died in Auckland's Middlemore Hospital about two weeks after the incident.

He suffered petrol burns to about 30 percent of his body, including his face, neck, torso, arms and thighs.

In the High Court in Christchurch today, Michelle Smith, who was married to Mr Smith for 12 years, addressed the two men directly, telling them how she and her son had kept a bedside vigil while Mr Smith was in hospital.

"If I could have had you sit with us for the last two weeks of Terry's life, it would have given you some idea of how it was, both for Terry and for us.

"His injuries were absolutely horrific. I struggle daily to understand how anybody could treat another human being this way."

Justice Cameron Mander told the pair the fear and terrible pain that Mr Smith endured could not be ignored.

He said this was not a quick death but an agonising one.

Earlier, Crown Prosecutor Mark Zarife told the court the incident was not a prank that went horribly wrong, but a violent confrontation fuelled by alcohol and anger.

Ms Smith said the family was concerned both men had a high risk of re-offending given they had more than 100 prior convictions between them.

"We want to stress to the general public that this could be you in this situation, where a loved family member has been taken away and the value of their life has been minimised by what we believe to be a totally inadequate sentence," she said.