Adult play bunny costumes displayed at the Toy World retail chain, sparking a complaint from a father, had been delivered in error by its supplier, the retailer says. 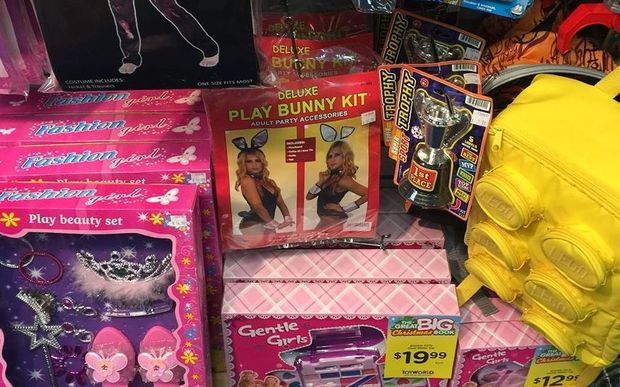 Wellington man Brooke Riddell-Garner said he went into the Wellington store yesterday looking for birthday presents with his seven-year-old daughter.

He said it was hard enough keeping his children from becoming sexualised too early and he was disappointed with what he thought was a family friendly store.

"I was lucky, my daughter didn't see it. I didn't have to answer any questions about 'What's that about?' or, 'Who's that?'"

Mr Riddell-Garner said he had contacted the company and it was looking into the incident.

Toy World has removed the costume this morning.

Operations manager Geoff Moth said its supplier had delivered the costume by mistake.

"There was another item with the same item number, so they've discovered the issue, they've taken the item off, they've sent it back to the supplier, and the supplier is going to send them the correct item."

He apologised to anyone who was offended, but said the costume was only on its shelves for a few days.