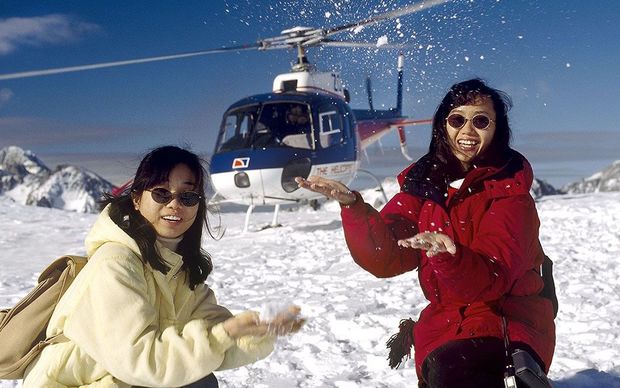 The Ministry of Business, Innovation and Employment said the amount spent by Chinese visitors increased by 33 percent in the year to September .

There were also significant increases in the money spent by visitors from the United States - up 33 percent to $748 million and Britain - up 23 per cent to $723 million.

However spending by Australians dropped by 11 per cent to just over $2 billion.