An East Auckland school community is in shock after a bus carrying nearly 50 students crashed into a ditch near Thames.

Forty-six people were on the bus when it went off the Kauaeranga Valley Road in wet conditions. The Year 10 students were on their way to an outdoor pursuit centre for a one-night camp.

Howick College said 14 students were taken to Thames Hospital following the crash about 11am today.

The Waikato District Health Board said they were assessed and treated by the emergency department but none were seriously injured enough to be admitted. Those with minor injuries were treated at Thames Racecourse where a triage centre was set up.

Senior Station Officer Shane Bromley said there were two buses at the scene when the Fire Service arrived.

"One was on the road, one was on its side in the drain, and there was approximately 40 to 50 children standing in the rain outside the bus."

Principal Iva Ropati said parents of the students involved have been contacted.

"We're doing everything we can to support everyone who's been affected by this. We have our school counsellors on call and have the support from the trauma team from the Ministry of Education."

Students were set to arrive back to the school in the afternoon, he said. 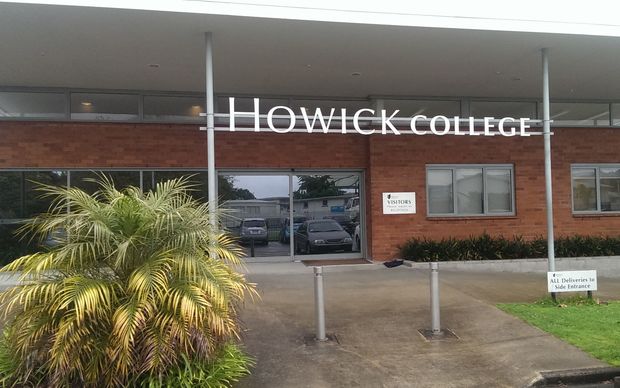 Howick College says counsellors and a trauma team from the Education Ministry are available to help students. Photo: RNZ