The owners of an Auckland construction company say their childhood memories of Auckland's giant Santa prompted them to step in to save him. 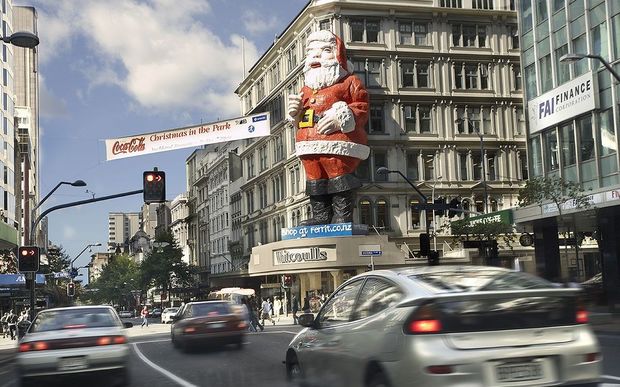 The 54-year-old model, which watches over Queen Street every Christmas, was at risk of being scrapped, because of the $180,000 cost of installing him each year.

However, the construction firm, Mansons TCLM, has promised to use its own equipment and staff to install Santa for the next three years.

A director, Culum Manson, said the family-owned company was sad to hear that Santa was getting axed.

"As little kids, I remember going and seeing the big Santa when I was a kid. And we've got - between myself and my two brothers - we've got ten kids below 10. It's pretty dear to our hearts being Aucklanders, having grown up with it, and clearly a lot of other people love it too, and it's a good thing to keep him going."

Mr Manson said he hoped other construction companies and contractors might volunteer labour and equipment too.