Police in Christchurch have laid charges against a 20-year-old man in connection with the armed robbery of a TAB in the city on 4 September. 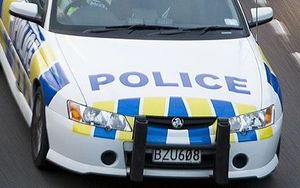 The accused will appear in court on Monday. Photo: Photo NZ

Police said they had recovered a stolen Ford Falcon ute, as well as a shotgun, both of which they believed were used in the robbery.

The man, who is in custody, has been charged with aggravated robbery and will appear in court on Monday.