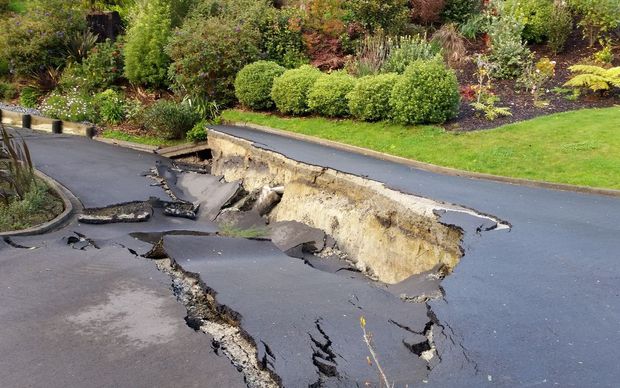 One of the properties at the top of Hill Road in Gisborne. Photo: Supplied

The houses were declared dangerous and vacated over the weekend.

The owners have lodged claims with the commission, which is now in control of stabilising and investigating the site with its geotechnical engineers.

Gisborne District Council building consents and resource manager Ian Petty said the slippage was dramatically less than it was during the weekend.

Mr Petty said the council was working with the Earthquake Commission to assist the homeowners.

A horizontal drain has been drilled underneath the lower house to assist in stopping further movement.

Mr Petty said it was unlikely one of the houses would be saved but engineers believed it was possible the other two could be.

The home owners were fortunate that they had time to react to the slip, he said.

"They've managed to get themselves out safely which was, of course, the most important thing, but they've also managed to get all of their belongings out of their houses."