The equivalent of 13,000 bathtubs of concrete is being poured in Christchurch this morning.

It is being labelled the largest continuous pour since the 2011 quakes, involving 243 concrete trucks and about 25 workers. 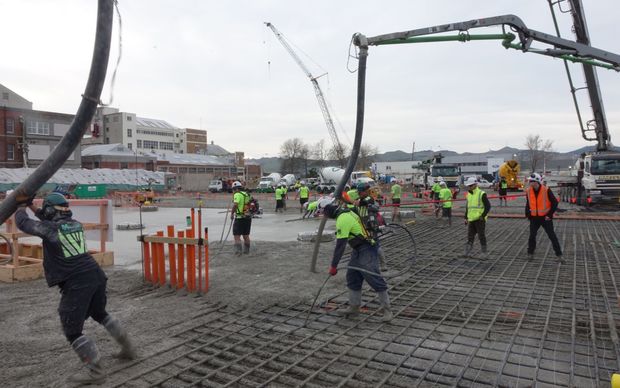 Crews began work at 3am and the pour is expected to take up to 12 hours.

Project manager Gordon McGregor said it has taken weeks of planning and one of the three concrete suppliers has shut for the day to supply the job.

He said yesterday's bad weather looked like it could have put the pour on hold.

"I probably felt like an expectant mother to be honest, I knew it was going to happen, but I wasn't quite sure when. The bad weather was really concerning, the impact it was going to have on us, just getting everything finished in time for the pour this morning".

He said it is rewarding to be working on a project that many people will use.

"As far as this concrete pour goes today it's very significant to get the project well and truly underway".

He said the next steps include another concrete pour and then steel infrastructure will be in place in about six weeks.

The pour is expected to finish early this afternoon and the entire Bus Interchange completed by winter next year. 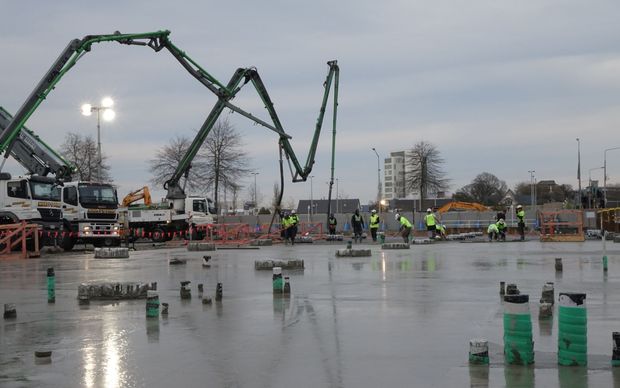