Foreign Affairs Minister Murray McCully is congratulating Frank Bainimarama, who has just been sworn in as Fiji's Prime Minister. 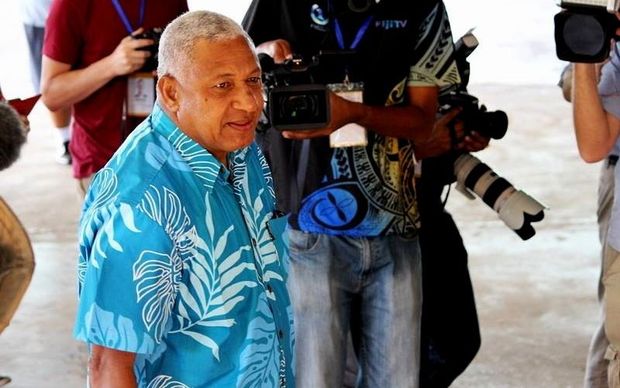 Frank Bainimarama, who has been sworn in as Fiji's Prime Minister Photo: RNZI

The leader of the FijiFirst Party was elected prime minister last week in the country's first democratic elections in eight years.

Mr McCully said the election process had been a significant step forward for Fiji, and for New Zealand's relationship with the Pacific nation.

A multi-national observer group had stated it was satisfied the election result was credible, and broadly represented the will of the Fijian people, he said.