District Council is to take over the running of the city's port once an upgrade of its facilities is completed.

A joint venture between Tupoho Whanau Trust and Wanganui District Council is to take over the running of the city's port. 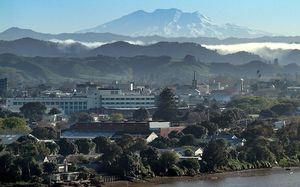 Wanganui is to breathe new life into its derelict port. Photo: PHOTO NZ

The new company, Whanganui Port Ltd, will take over the lease of the wharves and adjacent areas once the council completes a $1.5 million upgrade to the derelict and dangerous facilities.

Trust chairman Ken Mair said he hoped the joint venture will turn the run- down port into a viable business district, with a mixture of maritime and hospitality activities.

Mr Mair said at this stage he is unable to say how much the Trust, which represents hapu from the lower Whanganui River, will invest in the project.

In 2010 the council bought the port back from private company, River City Port, for $2.75 million.