Statistics New Zealand says it is disappointed a union has rejected its offer of a pay increase and says it is keen to continue negotiations. 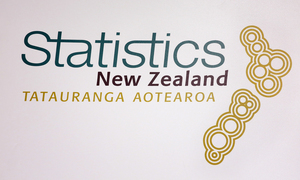 Staff at Statistics New Zealand have taken strike action today to protest against a pay scale they say is outdated and unfair.

It follows the breakdown of pay talks, after the Public Service Association rejected an average 3 percent pay increase.

Statistics New Zealand said it is disappointed the PSA has rejected its offer, saying it was generous compared with other public sector settlements, but that it was keen to continue negotiations.

It said it would continue to function despite the industrial action.

Mr Robertson, who lent his support to Wellington staff on the picket line this morning, said it was impossible for staff to get ahead under the current system.

The system includes large pay bands with pay increases at a manager's discretion.

"This pay system from Stats New Zealand is outmoded, you can't actually get a pay increase, you have to go into a 25-year long search to get yourself up to the top of the scale," said Mr Robertson.

The current collective agreement expired six months ago on 19 February, but it can remain in place for another year while a new agreement is finalised.