Police have released a CCTV image of a man wanted in connection with the sexual assault of a woman in the grounds of Waikato University during the weekend. 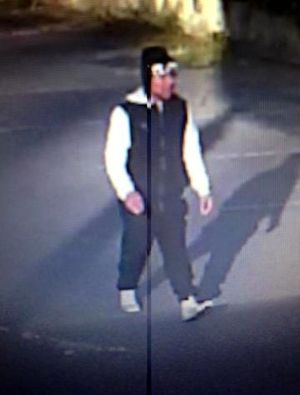 A CCTV image of a man police would like to speak to over a sex attack on the Waikato University campus. Photo: Supplied

The 20-year-old woman was attacked near the maths and sciences faculty at about 8.30am on Saturday.

A police spokesperson said the victim was punched and dragged into a secluded area and, despite vigorously resisting and screaming, was sexually assaulted.

CCTV footage had not been able to identify anyone matching a description of the attacker given by the victim but the released image closely matched her description, Detective Sergeant Nicola Cornes said.

Police wanted to talk to anyone who recognised the man, she said.

The offender is described as a dark-skinned man in his 20s, 160-170cm tall, of medium build, with shoulder-length black hair off his face.

He was wearing dark trousers and shoes and a white, long-sleeved sweat top with two distinctive black lines down the full length of the sleeves.