The man accused of the murder of a Lower Hutt woman, Rrie Wright, in Queensland will seek bail in the Supreme Court after being remanded in custody.

Gable Tostee was not in the Southport Magistrates Court on Saturday morning but was represented by his solicitor, Michael Purcell. 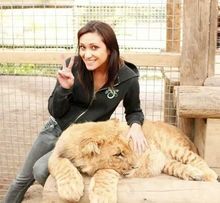 The 28-year-old was arrested and charged with murder on Friday, a week after Rrie Wright fell to her death from the balcony of his 14th floor apartment in Surfers Paradise.

He has been remanded in custody until 10 October but Courier Mail reporter Greg Stoltz, who was at the court on Saturday, said his lawyer would apply for bail before then.

"He'll be taken to a remand centre in Brisbane until his next court appearance, which is likely to be via a video link from jail. But that may be superceded if he does apply for bail. The lawyer has indicated that's he's going to be making a bail application in the Supreme Court in the weeks to come."

Mr Stoltz said the magistrate had asked the police to provide a brief of evidence by the end of September where they will outline their allegations in the case.

Mr Purcell had said earlier that Mr Tostee was exercising his right to silence and maintained his innocence.

In recent days, Mr Tostee has also declared his innocence on Facebook and on a body building website.