Christchurch mayor Lianne Dalziel says she does not want the debate about tackling the council's funding shortfall to be based around a no-assets sale campaign. 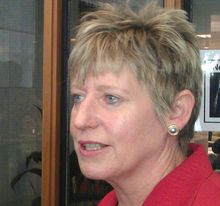 A report released last week highlighted the council's worst case scenario debt could be $900 million by 2019.

Ms Dalziel said one option to tackle the debt included inviting other councils and Ngai Tahu to invest in council assets.

She said the funding shortfall cannot be tackled with double-digit rates rises because the city's residents have had enough.

The funding pinch point isn't set to crunch until 2017 and Ms Dalziel said she was receiving advice as to when decisions needed to be made.

However, all options will go out for public consultation, she said.